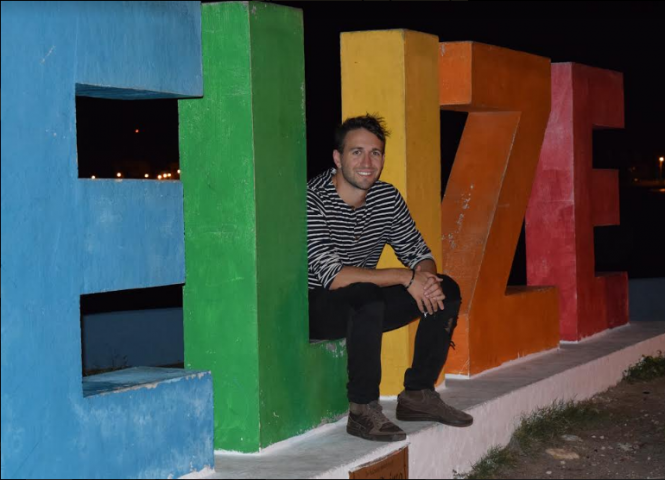 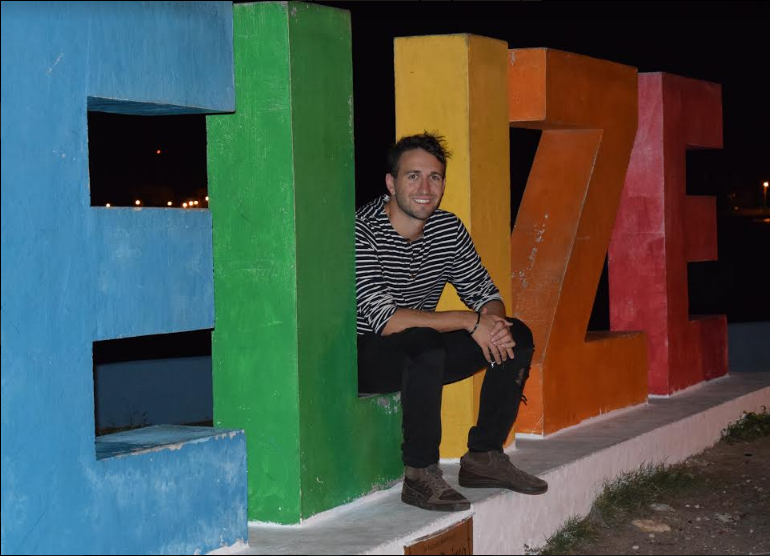 By BBN Staff: Sal Lavallo, the man venturing to be the youngest American to travel the world is in Belize on his historic tour.

Lavallo landed at the Phillip Goldson International Airport on Saturday, making Belize his 169 stop. He has until April 2018 to break the record but hopes he can do it by September 2017, before his 27th birthday. Lavallo started traveling in 2007 for school and work but over the last 15 months, has been traveling full time without any endorsements or sponsorships.

“The journey is more important than the destination,” Lavallo told BBN. “For me it’s all about making personal connections and learning about the intricacies of the world.”

During his time in Belize, Lavallo visited Belize City taking in sights at the BTL park and also visited the Belize sign near the Baron Bliss Lighthouse.

On the second leg of his journey, Lavallo will travel by bus to Punta Gorda, southern Belize where he will be taking in sights and updating his followers via his website.

After Belize, Lavallo will head to Guatemala and then to Honduras, Ecuador, Peru and Colombia. Lavallo told BBN that he is looking at a country in Central or South America where he wants to make a final stop because he wants to have a celebration with his family.

Currently, the record for the youngest American to travel the world is held by Cassandra de Pecol who completed her tour, Expedition 196, in January 2017 at the age of 27.