WWF challenges PM to save the reef 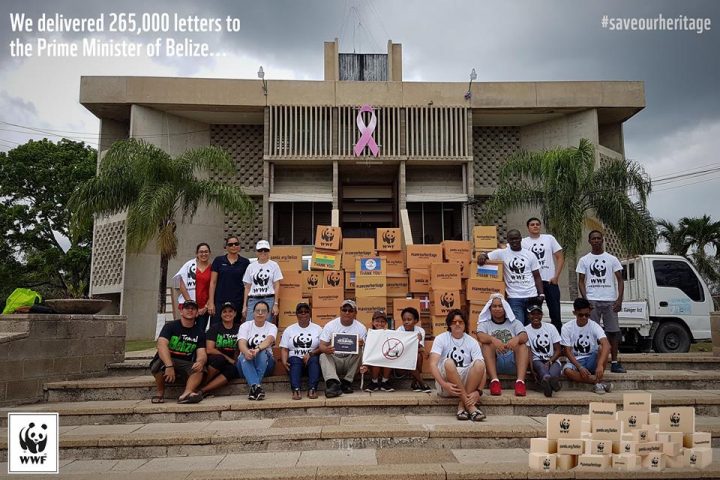 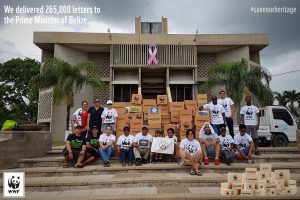 By BBN Staff: On Friday morning in Belmopan the World Wildlife Fund (WWF) in Belize launched its Reef Week by staging a small parade around the National Assembly building and delivering 265,000 virtual letters to the Prime Minister.

According to the WWF, this is an ongoing campaign that began 8 years ago in 2009 to ensure that the Government of Belize will protect and preserve the Belize Barrier Reef Reserve System which has been on UNESCO’s endangered list.

The measures GOB needs to take, according to the WWF, include addressing issues relating to mangroves, coastal development, land ownership, development of cayes that are owned within the World Heritage Site and offshore oil drilling.

According to the WWF, the longer our reef stays on the endangered list, the more likely it is that it will be stripped of its status as a World Heritage Site.

As a result, it is hoped that the Government of Belize will soon address these issues.

The online petition will remain open for anyone to sign at www.panda.org/belize.