Belize, Between a Rocke and a Hard Place 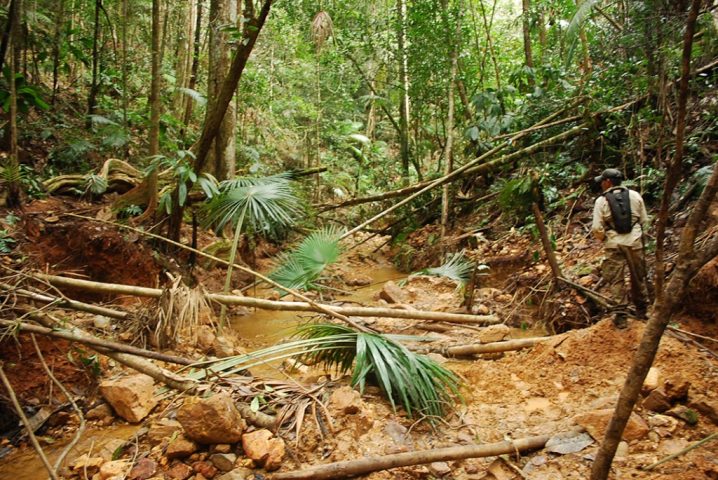 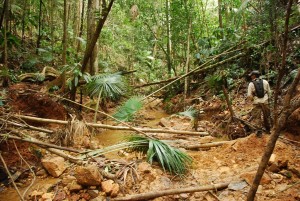 By BBN Staff: This morning, on Channel 5 ‘Open your eyes’ programme, Raphael Manzanero, Executive Director for Friends for Conservation and Development (FCD) stated that the Chiquibul National Park continues to be exploited by Guatemalans.

“For many years, Guatemalan poachers have been entering into Belize’s protected areas and forest reserves illegally to pan for gold, cut Xate and exploit the wildlife from the Belizean jungles, Manzanero said.

In November last year, a group of Guatemalan poachers were caught panning for gold in the Chiquibul by a joint patrol of BDF soldiers and FCD rangers.

Anibal Quiix who was one of the Guatemalans caught in the group told the patrol that he had been to the Chiquibul 7 times to pan for gold and had collected 2.5 grams of it which he sold for 500 Quetzales in Guatemala.

The illegal operations by Guatemalan xateros/poachers are estimated to be over $60 million in illegal activities in Chiquibul.

According to Manzanero, the Belize government needs to invest in more human resources on the ground to protect the Chiquibul National Park so as to decrease the incursions by Guatemalan poachers.

“The FCD rangers have planned and defined a route that they have been protecting for four months and now that area has the lowest incursions because of the presence of Belizean defense authorities,” he added.

However, there is dire need for more boots on the ground.