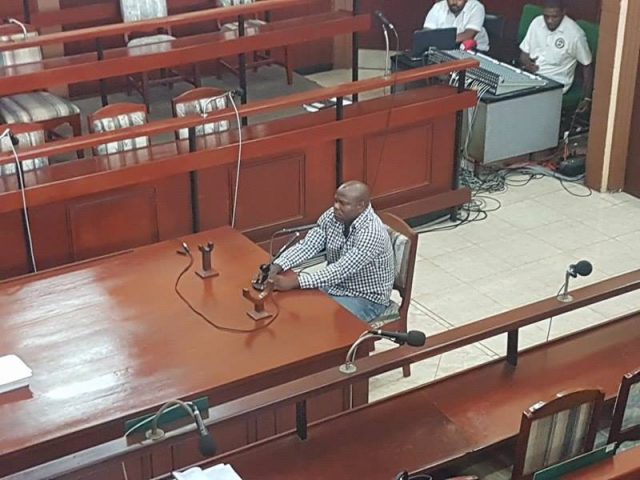 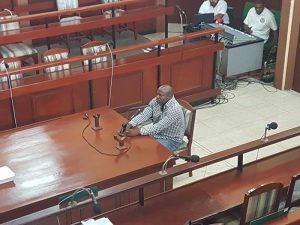 By BBN Staff:  The elusive Barton Middleton, whose name has become synonymous with the Senate inquiry into allegations of corruption at the Immigration Department, faced the Select Committee today and said he feared for his life.

“Nothing is ever as simple as it seems,” he told the committee. According to Middleton, he fears for his personal safety and security. He reported seeing strange cars following him since the start of the hearings.

During his testimony, Middleton appeared hostile and claimed no recollection of anything. He also claimed that he recently had two tumors removed from his head.

Middleton says he was never involved with any stolen visas. He said he doesn’t know any of the persons who called his name in earlier testimonies before the Select Committee.

The Auditor General’s Special Immigration report made allegations that Middleton had sold stolen visas to the former Belize City Deputy Mayor, Eric Chang and Patrick Tillett. Middleton’s name had been called for weeks before he was finally identified last week.