Belize hands over Chairmanship of Permanent Council of the OAS 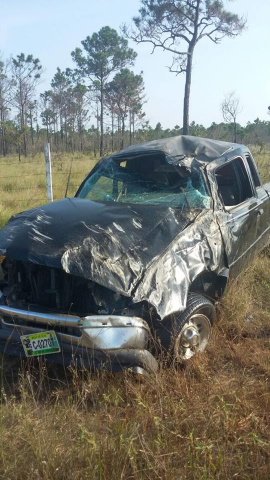 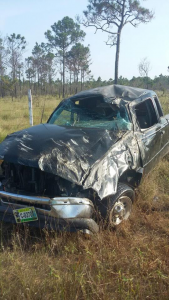 By BBN Staff: Yesterday police received information of a fatal road traffic accident between miles 4 and 5 on the Placencia Road near Bal Shrimp Farm.

Upon arrival, police saw a black two door Ford Ranger Pickup with extensive damage to the front portion and the windshield broken.

Police also saw two females and two males lying on the right hand side of the road at varied distance from each other suffering from injuries.

Two females and one male person were then transported to the Southern Regional Hospital in private motor vehicles and Ambulance.

Police investigations revealed that the pickup was being driven by 24-year-old Sandra Martinez, a housewife of St. Vincent Street in Dangriga.

She was reportedly traveling on the Placencia Road towards Placencia, and upon reaching in the area of miles 4 and 5, she reportedly lost control of the vehicle which ran off the road and overturned several times.

According to police reports, all passengers suffered varied degrees of injuries.

Injuries received by Timara Rodriguez, and Shanique Rodriguez are yet to be ascertained.

Timara and Shanique Rodriguez were treated and released from the Southern Regional Hospital for minor injuries.

The bodies of Deshawn Taylor and Warise Flores were transported to the Western Regional Hospital morgue awaiting a post mortem.