Man dies after being stabbed in Orange Walk 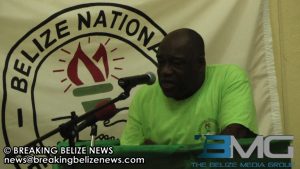 By BBN Staff: The BNTU today issued a press release stating that the one million dollars set aside by government to compensate teachers who did not go on strike is union busting.

The union said that despite the ruling of the chief justice, government’s intent is to punish the teachers who stood up against the glaring acts of corruption practices that were being meted out on the Belizean people.

“ In these difficult economic times, government continues to SQUANDER PUBLIC FUNDS in an effort to BUY PUBLIC SUPPORT, and to keep our people SUBSERVIENT, AFRAID, INTIMIDATED, POWERLESS and POOR,” the BTNU said in the release.

The union called on the managers of schools countrywide to reject this latest attempt by the government at union busting and stated that the $1 million instead be given to Management to improve the conditions of their school buildings and equipment as needed.

The union also made a call to members who did not go on strike but went to school to reject the offer of money because when the Minister of Education and his operatives decide to “deal with you”, it is to the BNTU that you will turn to and “We will be there for you,” the BNTU said in the release.