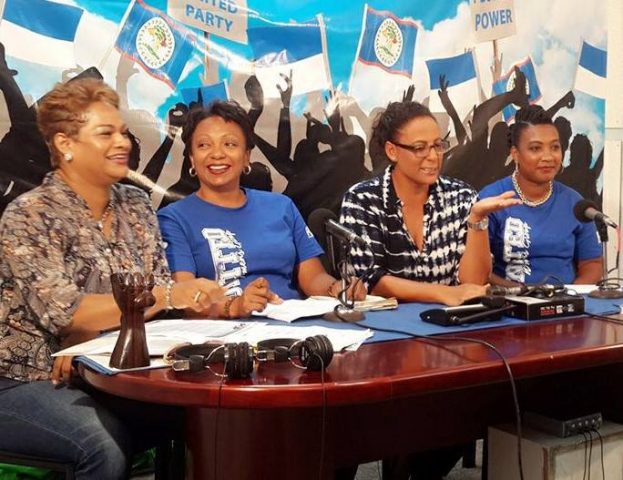 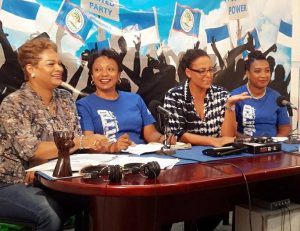 By BBN Staff: The People’s United Party (PUP) through its women’s arm, the United Women’s Group (UWG) has issued a press release strongly condemning the actions of the Police Department and its response to the behavior of those police officers who were involved in the incident which occurred on April 1st, 2017 in San Pedro, Ambergris Caye.

According to the release, the excessive violence captured on amateur video, clearly showed a woman who was already subdued being subjected to excessive and unnecessary force by police officers.

The UWG says that excessive force was also displayed by those same officers when they discharged their weapons in a crowded area injuring innocent bystanders.

In expressing her dissatisfaction with the events that led up to and the subsequent response by the Police Department, UWG President Tanya Santos said, “This is utterly disgraceful behaviour and response on the part of our police officers who are sworn to protect. No person, man or woman, deserves such barbaric treatment.”

The UWG also said that the response of the Police Professional Standards Branch’s spokesperson during a press briefing on Monday clearly cast derogatory aspersions about the character of the subdued woman which can be described as a desperate attempt at cover-up.

The release also stated that the PUP is likewise concerned about the response from the Ministry of Home Affairs and that the reaction of the Commissioner of Police does not go far enough in light of the fact that these police officers brought shame and disgrace to the Police Department.

“This April 1st incident in San Pedro exposes police brutality and abuse of authority in a heinous and disgraceful manner, resulting in several people being wounded, the UWG further stated in the release.

The UWG calls on the Government and those responsible to move swiftly to ensure that charges be brought against those responsible and that proper compensation be made to those who were affected as a result of this incident.

The release ends by saying, “We affirm our position that no person is above the law, especially those appointed with the responsibility for its enforcement.”