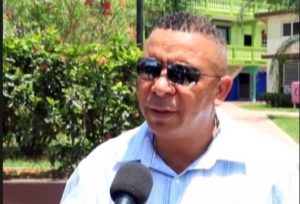 By BBN Staff: There have been five murders in the San Ignacio police jurisdiction within the last two months.

In February, Alvaro Aldana was shot and stabbed to death while walking through a park in San Ignacio town.

Last month, a minor of Cristo Rey village was stabbed to death in front of his family.

Also in March, the body parts believed to be that of a female was found near the Iguana Creek bridge.

The latest murder happened on Monday. Florencio Bardalez, a well known farmer was killed at his farm in Esperanza village.

In an interview with News 5 yesterday, Mayor of the twin towns of San Ignacio and Santa Elena, Earl Trapp stated that he is concerned about the level of crime in the municipality. He said:

“Today, things are getting hard and things will continue to get harder. I hope it doesn’t get to the point where it will be survival of the fittest. People will start to kill you for your own goods. I am certain that this is what happened. “

Trapp also said that he believes that Bardalez may have been murdered because he caught people stealing from his farm.

“I am certain that this is what happened. They killed him for his own things; his own products,” Trapp stated.