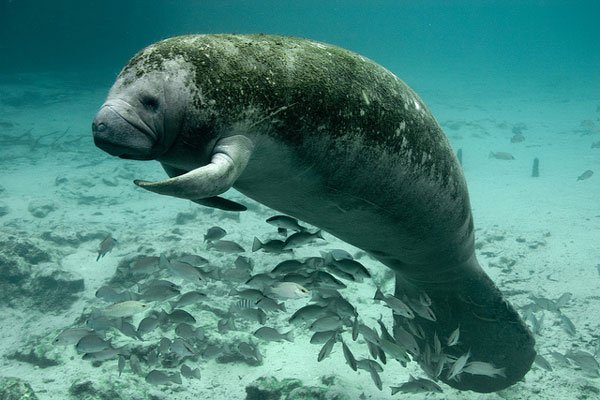 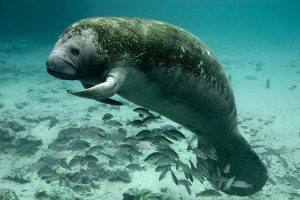 By BBN Staff: The United States’ Fish and Wildlife Service (FWS) downgraded the status of the West Indian Manatees from endangered to “threatened” and manatee researcher, Jamal Galves says that it could be disastrous for Belize.

The FWS officially made the downgrade on Friday, March 31, after a year’s worth of consultations and review of scientific studies from the conservation community.

Galves explained that when the FWS downgraded the endangered status, it did not consider that there are two subspecies of West Indian Manatee: the Florida Manatee, which has a rebounding population of over 6000; and the Antillean Manatee, which is found in Belize with a population of between 800-1000.

He went on to say that there is already a high incident rate of manatees dying in Belize; and he fears that the reclassification might create a lack of diligence, which could be the final blow to the manatee population.

“I will go further in saying that it won’t just make matters worse, but could also be the very same thing that pushes the specie to extinction,” Galves said.

Galves added that there were 44 manatee deaths in 2015 and 27 more last year, the majority of which were due to human encounters. To date, there have been 17 manatee deaths for 2017.

Glaze says that conservations groups in Belize will continue to maintain the same level of vigilance in their awareness campaigns, given the dire state of the Antillean Manatee population.

Manatee tours are a prime tourism product in Belize, attracting visitors from all over the world. They also provide ecological balance by eating sea grass and recycling nutrients that nourish smaller fish, which are in turn food for larger fish.