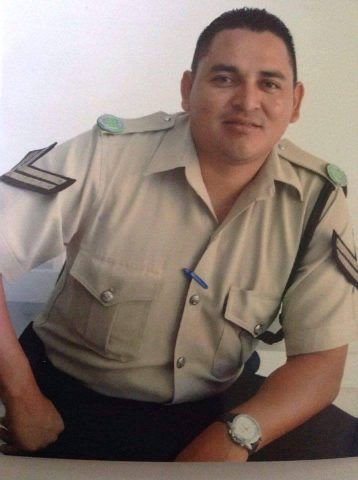 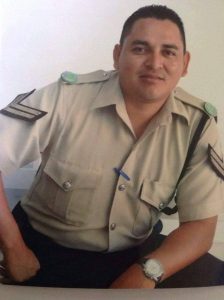 By BBN Staff: On Saturday, April 8, Corozal Police received a video from custom officers from the northern border station showing a police vehicle being pursued by custom officials.

Custom officials reported that around 2:00 p.m., a police vehicle with two police officers inside were transporting a black bag in the pan of the pickup refused to stop at the checkpoint and was subsequently pursued by the custom officers.

However, the police vehicle diverted into a feeder road and evaded the officers.

In the feeder road, custom officers recovered a black bag matching the bag that was being transported in the police vehicle.

It was taken to the Corozal Police Station where it was opened and found to contain an assortment of slippers, socks and underwears.

The driver of the police vehicle was identified as Police Constable 885, Elston Rojas and the vehicle commander was Police Corporal 263, Abner  Marroquin.

PC Rojas was charged in 2011 for his involvement in a robbery at the Corozal Free Zone where Chinese National Jin Mei Huang was robbed of seventy thousand dollars in various currencies.

The Commissioner of Police has since directed that an investigation into the matter be conducted which resulted in both officers being charged with Prejudice to Good Order and Discipline and placed on interdiction from duty.