Chester says he would want to stay in Belize City, a little longer

Sick and Tired? One Thing We Can Do To Save Belize Now 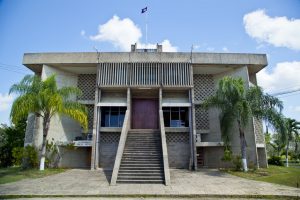 By Charles Leslie Jr:  A question I have gotten a few times, so I have taken the time to answer as simple as I could.

The question: “What can Belizeans really do to make a positive change in Belize?”

We have to focus our energies on legitimizing our concerns.

We have to focus on making specific demands.

We have to then be willing to follow through with necessary actions, to show that we are serious…

no violence is required nor necessary.

What we are currently doing: calling the radio stations, writing letters to the editor, ranting on Facebook, creating funny memes…are all important: it creates awareness…

however, we need to move to the next step which is to legitimize our concerns…and use our collective effort and power to get the attention of our elected officials and hold them responsible for addressing our concerns.

When I became the first independent Chairman of Placencia in 2010, literally the following day the captain and coach of the basketball team came and asked if I could help get the basketball court painted and install new backboards with rims.

I decided that I wanted to look a little further down the road.

I promptly set up the sports committee of the Village Council and asked them to come up with a reasonable plan and budget to upgrade the entire sports complex – basketball court and football field.

I drafted a proposal and took it to the Placencia Water Board (which should be given back to the village of Placencia), and with some lobbying by myself and other members, we got the money, and the project moved forward.

The young people did not have to make any threats to me.

However, I will be honest, if they did not approach me to make me aware of their concerns, I would not have done anything.

That particular issue simply was not on my radar.

They legitimized their concern when they approached me, and not only that; when they participated in creating an actual plan of action, and a budget which showed that they were serious about collectively addressing their issue.

I, as the leader, then did what I was supposed to do: find out how to source the financial resources necessary, and make sure there were transparency and accountability in the entire process.

“Politicians only react when direct demands are asked of them. If they only hear angry people making noise, but nothing specific, they will not do much if anything.”

WHAT WE SHOULD BE DOING NOW

In New York City, I often visited my sister when they had their annual block party.

The last time I visited was in 2005. I took the time to learn a bit about how it was set up.

Each street has a committee that looks out for the needs and wants of the residents on that street.

This same concept can be applied to Belize, and this can be done outside of the political realm.

Steps that could be taken:

This is similar to the Neighborhood Watch Committee, however, it is much broader and can be called the “[street name/neighborhood name] Steering Committee.”

These bodies will not be as easy to politically manipulate. If done right.

…its main objective will be to identify issues affecting the residents of that street/neighborhood and to make sure those concerns are formally, and clearly communicated to the elected leaders.

It can be easy as: setting time frames to get a response, and if no response, then take the issue public via strategic methods such as, but not limited to:

Remember: It will not be to attack the elected leaders but to get their attention, create awareness and garner public support, with the end goal being: getting the issue fixed.

I believe, that such an approach will keep elected leaders motivated to work with each SC since, the method will not be to attack them but to bring their attention to the issues.

And the process is fair and amicable.

This method can create cohesion and a friendly working relationship between residents and elected leaders, as well as help to alleviate the political division and animosity that has become the norm today…

…since, for example, a particular resident on the street refuse to keep his dog in the yard and it has attacked several people, this issue is promptly identified by the SC, an official letter is drafted to the person, the local Council and all other necessary bodies, such as the Humane Society, with a set deadline for a response…

…a plan of action can be formulated promptly, and executed just as promptly, without the wasted energies of people simply sitting around complaining, blaming and attacking.

Put the elected officials to task in getting the issue addressed as efficiently as possible.

In conclusion, this is not a magic bullet.

However, if we as a people make a valid attempt, I believe it can help us to create a more cohesive and friendly working relationship between residents and our elected leaders…

on a local level, making decisions on a bottom-up approach, and also help alleviate political manipulation, interference, and mischief.

Of course, that will never be completely eliminated, however, it can certainly be alleviated.

I encourage anyone to tweak and fine tune this idea however you think it can be improved.