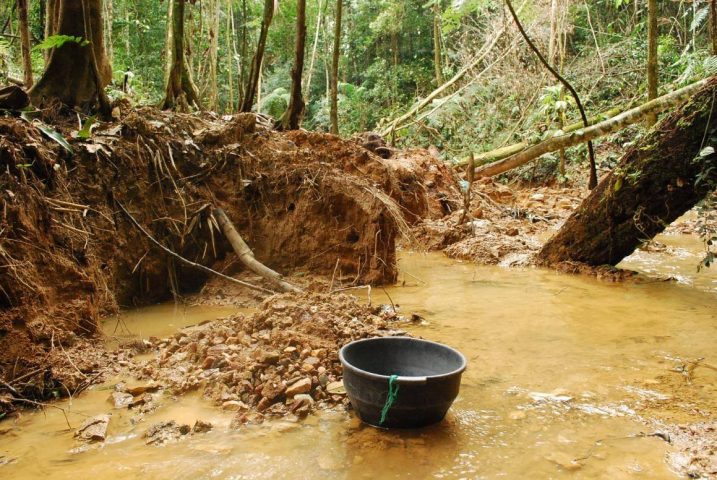 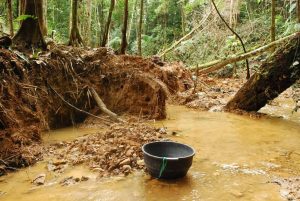 By BBN Staff: Gold panning in Belize’s waterways is a persistent problem in the Chiquibul National Park.

Many Guatemalans have been encountered by FCD rangers and BDF patrols.

On Monday, five more gold panners were caught in the forest reserve panning for gold.

According to reports, FCD rangers observed murky waters in a waterway and went to a creek nearby and found two men digging in the creek with an iron bar and a minor along with two more men.The group were found with minerals believed to be gold and four live rounds of ammunition.

They were all taken to the San Ignacio Police station to be charged for illegal entry and mineral extraction without a permit.

On April 1, BBN reported of four Guatemalans caught with gold inside the National Park and on April 7, we again reported that another four Guatemalan nationals were caught panning for gold in Belize’s forests.

Guatemalans frequent the Ceibo Chico Area also to cut Xate and hunt Scarlet macaws and other wildlife in Belize’s forests.