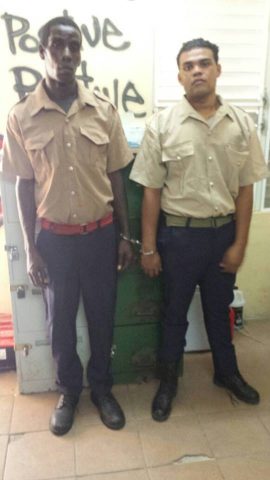 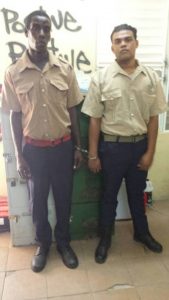 By BBN Staff: According to police reports, yesterday around 4:30 p.m., police received information of two male persons dressed in what appeared to be police uniforms acting suspiciously in the vicinity of Publics Supermarket on the Phillip Goldson Highway.

The two men were seen wearing khaki shirts and long blue trousers with a green streak on the sides resembling the official uniforms of police officers.

One had on a green belt while the other wore a red one.

The men had in their possession a black bag containing 10 plastic straps.

Police investigations revealed that the men were not members of the department.

They have since been detained pending charges of “false pretense of a police officer”.