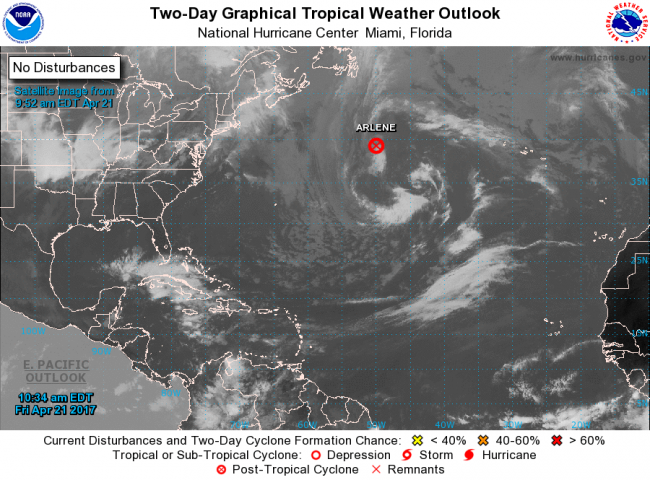 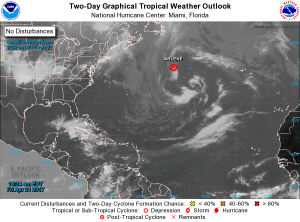 Forty days before the official season begins, a tropical storm has formed in the North Central Atlantic Ocean. The National Oceanic and Atmospheric Administration satellite provided forecasters with a look at the storm, swirling far from land areas.

Tropical storm Arlene formed yesterday as Tropical Depression one and was strengthened into a tropical storm.

The National Hurricane Center noted “Tropical storms in April are rare and Arlene is only the second one observed in this month during the satellite era. It should be noted, however, that this type of storm was practically impossible to detect prior to the weather satellite era.”

Arlene is forecasted to become absorbed by a large extra-tropical low pressure area and dissipate later today, April 21. Arlene does not pose any threat to Belize or any landmass as it is located out in the Atlantic ocean at 815 miles west of the Azores with maximum sustained winds estimated at 45 mph.

Meteorologists are predicting that the 2017 Hurricane season will be less active than last year.

Most forecasters cited potential development of El Nino later this summer as part of the reason for a near-normal season.

El Niño is a warming of the water in the central Pacific Ocean and has been linked to weak hurricane seasons.