NGO calls on GOB to protect the reef 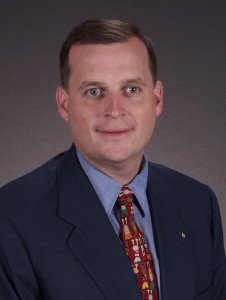 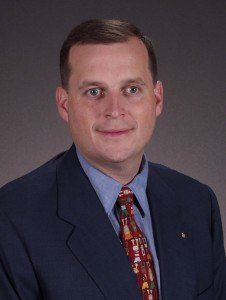 By Lisa Shoman: ECI Development/Joel Nagel organized a spiel/promotion for an “Annual Global Access Asset Protection & Investment Conference” on September 18 ~ 24, 2016 in Vienna, Austria. Information on this conference was put out by Joel Nagel, who at the time was the Ambassador of Belize to Austria and is publicly available at http://info.ecidevelopment.com/eci-vienna-promo-april-2016-lp-2. According to ECI’s website, ECI is a real estate developer committed to building people-centered, vibrant communities in Latin America with North American quality infrastructure and services.

In the body of the promo piece, Nagel says the following : “Being a US Citizen or Green Card holder has never been more challenging when inter- facing with the rest of the world. People generally like Americans but not our Government. No other nation is more generous and philanthropic in its giving to the rest of the world and no people has helped others to secure freedom, liberty and economic prosperity more than the US of A. But now, our Government has alienated itself from much of the rest of the world. Even our friends and allies have concerns and misgivings about the American Government. It has become the 800 pound gorilla in the room that literally nobody trusts or with which anyone wants to do business.” OUR government? Nagel was Belize’s Ambassador to Austria but he was not talking about Belize.

In fact, Nagel’s concern was this : “So what is an American to do who wants to invest abroad, protect their assets, hedge against the dollar, or buy foreign real estate? Join the A-team of international advisers September 18-24, 2016 in glorious Vienna, Austria for our third annual “Global Access and Continuity Conference”. You’ll hear from top lawyers, accountants, investment bankers, insurance representatives, real estate developers and investors, citizenship and nationality experts, currency gurus and gold and silver bugs and many, many more professionals who can help you to continue accessing global markets despite the current business environment regarding Americans.”

Uhuh. Sounds tempting, yes? Well – here is his juicy hook : “Some of these experts who have agreed to attend this year are so in demand that they asked me not to mention their names publicly in our conference promotions as they don’t want you coming just to meet them. In fact a few who I have convinced to come won’t normally even speak publicly at all. But they have all agreed to come to my “private” and “non-recorded” event to meet with a small group of my like-minded clients.”

Got that? It was meant to grab you! And if you were having ANY doubt – Nagel continues : “Whether your goal is to diversify your assets internationally, start or grow a business abroad, access non US financial institutions and investments, obtain a second citizenship or residency, or just create a “safe haven” nest egg overseas in “case”….the “Global Access and Continuity Conference”‎ is for you.”

NO mention of Belize YET… and don’t hold your breath BUUUT – he makes an ever so subtle warning in case you are still unsure – “But like the frog in the pot of ever so slowly heating water, the time to take action is now.‎ The day may come in the not so distant future when this type of legal, financial and estate planning is abolished; when capital controls block outward currency movement…when the dollar’s reign as the world’s reserve currency ends. When that day arrives, the frog in the pots has been boiled alive and the time for planning will be over.” Boiled Frog, nuh?

WAITWAIT – Stay tuned for the 99 specials as follows : “While the contacts you make and the peace of mind you’ll gain from attending the “Global Access and Continuity Conference” are truly priceless, the early bird registration cost of this event has been set at just $2,199 for a single and $2,999 for a couple‎. After June 1, the cost will increase to $2,499 and $3,499 respectively.”

And it ends: “I look forward to seeing you in person in the heart of the old Hapsburg Empire, Vienna, Austria!

Nothing yet about Belize or promoting Belize, Foreign Minister Elrington.

Anybody still wonder why the man whose name rhymes with Bagel was asked to leave? I thought not.