Why are politicians avoiding re-registration? 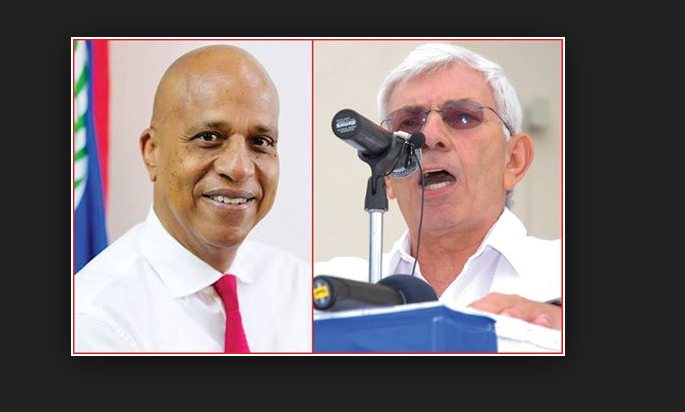 By BBN Staff: It has been 20 years since the last time a voter re-registration exercise has been conducted in Belize and since then; many voters have died, some have moved, new voters have been added, an influx of immigrants have settled in the country, Belize’s nationality has been sold illegally through Immigration hustling and the country’s economy has generally ailed because of greedy politicians.

Both parties, however, have benefited from manipulating voters lists and influencing Election and Boundaries Department decisions. The honorable parties in Belize don’t play fair and totally contradict their honorable distinctions. Is it any wonder that Belizeans have so little faith in the system and an entire generation seems unmotivated to vote or engage in political discussions?

During the Senate Select Committee Inquiry into the hustling at the Immigration Department, former Director Ruth Meighan indicated that the current government basically stole the 2012 elections, which it won by only three seats (17-14), because “of the considerable number of unqualified Belizeans that illegally made it onto the voters’ lists”. The revelation prompted the opposition People’s United Party (PUP) and third parties including the BPP and VIP along with civil society to call on government to schedule re-registration for July of this year as stated by the Representation of the People Act.

The Act actually calls for voter re-registration every 10 years “beginning from 1st July, 1997, and every ten years thereafter…”. This, of course has not been the case. The re-registration scheduled for 2007 under the last PUP government did not take place, and the one scheduled for this year has been postponed until next year because according to Prime Minister Dean Barrow, it will cost too much.

In 2007, the PUP, via Statutory Instrument #17 of 22nd November, with the bi-partisan support of the then opposition UDP, passed a law to defer the re-registration process, thus postponing the legally mandated effort for five years to 2012. As for the UDP, via Statutory Instrument #12 of 27th July 2012, the process was once again deferred until 2017.

Considering the obvious moral and structural decay in Belize’s nationality and immigration department to the point where the country’s patrimony has been sold to the highest bidder, it makes obvious sense to update the voters’ lists. It is no secret how political parties have traded power manipulating the system to secure electoral victories but it is time to begin a new process. Re-registration won’t solve all of Belize’s many problems, but it is an important aspect, at least where free and fair elections are concerned.

Barrow has also committed that there will not be any re-districting and no referendum to take the Guatemalan territorial claim to the International Court of Justice (ICJ) until after re-registration next year. The PUP, however, maintains that will be too late as municipal elections will have already taken place when GOB intends to hold re-registration.

And even as re-registration is pending, so is a re-districting process. Some constituencies, in terms of the voting populace are double the size of others, yet get only one area representative with responsibilities for twice the amount of people than representatives in other constituencies. This happens to be the case, mainly in rural constituencies.

In rural constituencies outside of Belize City, however, the average number of voters per constituency is 7,264. That’s almost double the size of the average Belize City constituency. The largest constituency in the country is Belmopan with 9,253 voters, whereas the smallest constituency is Fort George with 3,084 voters. That’s a three time difference, yet both constituencies hold the same amount of weight in the National Assembly. Some have pointed out that the imbalance is a violation against Section 90(1) (a) of the Belize Constitution which states that “each electoral division shall have as nearly as may be an equal number of persons eligible to vote.”

And even as Belize’s electoral lists and boundaries need to be updated to reflect and adhere to the laws of the country, politicians play petty games with important issues. GOB’s move to pay out a million to teachers loyal to government has been described as irresponsible and as corrupt but until Belizeans start to demand better, public funds will always be used for tacos and loyal teachers than on important procedures like re-districting and re-registration, which are mandated by the laws of Belize.