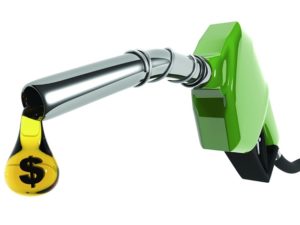 By BBN Staff: The Statistical Institute of Belize’s (SIB) recently released Consumer Price Index (CPI), showed that the increasing price of gas had raised the cost of living by 2.3 percent for the month of March.

The price of fuel had risen three times in March, causing Belizeans to spend an average of $2.30  more on goods and services than they did the year before.

The ‘Housing, Water, Electricity, Gas and Other Fuels’ category saw a small increase of 0.9 percent for the month. Home rental prices were also up by 0.5 percent, felt primarily by residents in Dangriga, Belmopan and San Ignacio/Santa Elena during March 2017. Liquefied Petroleum Gas (LPG) prices, which have been up since January, were 15 percent higher than they were in the same month last year, with the price of a 100-pound cylinder up from $83.88 in March of 2016 to $96.13 in March of this year.

“On average, there was virtually no change across ‘All Other Categories of Goods and Services’, as a 7 percent decrease in insurance premiums was offset by a 3 percent increase in the sub-category of ‘Communication’,” the SIB said.