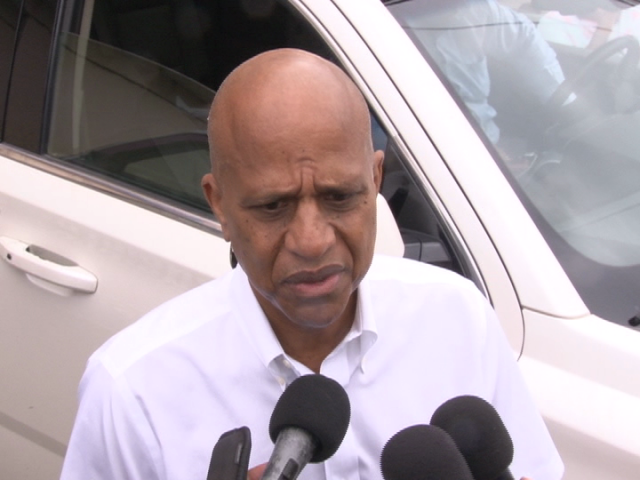 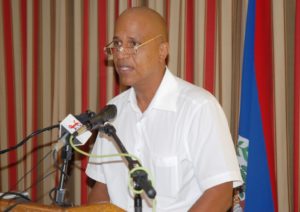 By Charles Leslie Jr.:  On May 2nd, 1998, 7 masked men held up and robbed more than 200 Belizean men, women and children on the Hummingbird Highway.

These men were reported by eyewitnesses to have been clothed in Guatemalan military fatigues, armed with AK 47 and 9mm pistols.

They were trained and well organized.

This robbery happened just a couple of days after Dean Barrow’s ministry of National Security took decisive steps to address the worrisome behavior of some residents of the refugee community around Belmopan.

Dean Barrow stated, “…mounted an operation to try and flush out the illegal settlers in the areas that we thought were concerned with previous incidents that had taken place.”

Dean Barrow himself stated that it was worrisome that the bandits were able to freely penetrate the Western Border and conduct such a large scale criminal activity.

Did Dean Barrow, as the Minister of National Security, dropped the ball when he failed to anticipate retaliation since they were trying to “flush out the illegal settlers” couple days before the incident, and some of these illegal settlers were having “worrisome behavior.”?

Should Barrow have anticipated there was going to be retaliation, especially from the “worrisome behavior” settlers, since this more than likely meant these worrisome settlers were ex-military or guerrillas from Guatemala?

Do you think, at least, proper security should have been set up in key areas and for at least a week, to deal with any potential retaliation?

The retaliation happened, and fast.

2 days after the flushing.  Dean Barrow apparently dropped the ball, and 400 Belizeans feared for their lives.

They were robbed of their belongings, dignity and sense of security and one man, a BDF Volunteer, was murdered to enhance the scare tactic of these Guatemalan savages.

This 1998 incident was the largest armed robbery in the history of Belize, and I believe it still holds that record.

Dean Barrow was the Ministry of National Security.

Fast Forward to March 31, 2014: John Saldivar is the Minister of National Security. A Guatemalan was shot and killed in the Chiquibul.

what did the Prime Minister do?  He and Guatemala sent out a diplo-speak press release.

Belizean taxpayers paid the family of these Guatemalan savage invaders into our sovereign nation.

Guatemalan Invaders who fired shots, first, at our brave BDF soldiers ON OUR LAND!

What message does this send? Shoot a thief who breaks into your house, and you pay his family after shooting him? Isn’t this inviting more thieves to break into your home? Haven’t these Guatemalan invading thieves continue to rape our country’s resources and attack or brave BDF soldiers, and killing Belizean citizens on Belizean soil?

How weak and pathetic, would you be considered if you allowed someone to come into your yard, kill your family members, and just take your stuff at will…and not only sit their like a cowardly wimp and do nothing, but pay the savage invader?

September 25, 2014:  What happened since that incident in March?  Did the Ministry of National Security on instruction from the PM, bump up security along our borders in anticipation of a retaliation?

Nothing much was done!

Our brave BDF soldiers did not have the resources they need to carry out their duties.

Did Conorquie’s family get immediate assistance from Government of Belize? No! It was the usual monkey dance before any assistance was forthcoming.

“We have a leader who bullies his own people, but appease to and cower to Guatemala.” Major Swaso, former Mayor of Dangriga.

The savage, invading Guatemalan’s family got OUR tax payers money quick, fast and hurry, after invading our nation and shooting after our brave BDF soldiers who patriotically defended this beautiful, rich, sovereign nation of Belize and its beautiful Belizean people.

Guatemala is not trying to invade Belize.  It has and continue to do so…

And you know something, it doesn’t even look like the blue pill can help our impotent Government.

“I’d rather be a dead hero than a living coward.”