My Mother, My All 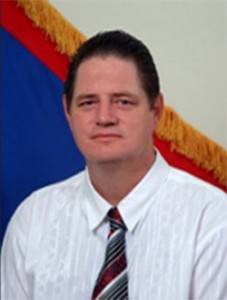 By BBN Staff:  As disgraced former Minister of State in the Immigration Department, Elvin Penner is set to take the stand and face the Senate Select Committee investigating corruption this morning, another former Minister of Immigration may yet need to testify for being named dozens of times in the Auditor General’s Special Report.Former Immigration Minister Carlos Perdomo was named over 80 times in the Auditor General’s report. The Auditor General even recommended that Perdomo be questioned by police for his role in allegedly instructing former Immigration Director Ruth Meighan to process a passport application for a Chinese national that a now reitred immigration officer had already flagged as potentially fraudulent and suspicious.

That retired immigration officer, Therese Chavarria testified before the Senate Select Committee two weeks ago and recalled that she had instructed her subordinates not to process the application after the applicant, Paul Ku, along with a naturalized Belizean who was a Justic of the Peace, Rina Chiu Hsiang Lo visited the passport office in Belize City. According to Chavrria, Ku did not speak a word of English and the information on the application appeared to have been forged.

Chavarria testified that she went on holiday after the incident but when she returned she learned that Ku and Hsiang Lo returned with another birth certificate and the passport was eventually issued to Ku, allegedly at Perdomo’s request.

In an interview with 7 News several years ago, Perdomo, who was Minister of Immigration at the time, spoke openly about efforts to bribe and persuade him into facilitating certain application. Perdomo, however, said he had been able to resist all such bribes, which included bottles of liquor. The Auditor General’s report noted that in an interview with Perdomo, he acknowledged knowing Hsiang Lo and called her “a good friend” who he got to know when he was “getting involved in politics”.