Police and Community trouble in Cayo? 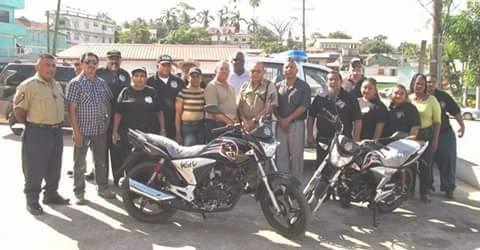 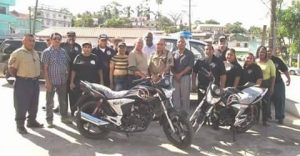 By BBN Staff: BBN has received confirmed reports that the Chairman and Vice Chairman of the Cayo Special Constables Committee have resigned from the organization as well as their status as volunteer special constables.

Reports are that things have not been running smoothly between the volunteers and the officer commanding San Ignacio, Supt. Richard Rosado.

This comes at the heel of journalist Louis Wade being charged for common assault and indecent words. According to our sources, the initial officer that investigated the case found Montero’s claims to be false but he was taken off the case and replaced by an obedient officer willing to corroborate the report made by the Minister’s son. There have also been a number of other irregularities relating to police involvement in that case.

A source told BBN that Supt. Richard Rosado has shown little or no effort or cooperation to work along with the group and that the atmosphere at the San Ignacio police station has become too politically akin.

BBN has been able to obtain copies of the resignation letters, and while the chairman’s letter indicates that he has served 5 years and believes that it is time to make way for the younger generation, the vice chairman’s letter states, “The working environment with the senior officers at the San Ignacio police formation has become hostile, I personally feel that I can no longer work in such an environment. ”

The Volunteer Special Constables have worked with 5 different commanders and were working closely with the Western Regional Commander, Sr. Supt. Andrew Ramirez in policing their community.

This is the first instance that the community group has had any issue with an officer commanding their area.

The Cayo Special Constables committee is known for their community involvement activities. The committee has been an active working organization serving the twin towns and surrounding villages for 5 years.

Since the committee’s inception, the members have been able to work good under at least 5 other commanders.

Their efforts have been completely voluntary work and have involved fundraising for the purchasing of equipment to better assist the police in keeping crime down in the area.

The group recently launched a motorcycle patrol with motorcycles they purchased from fundraising efforts.