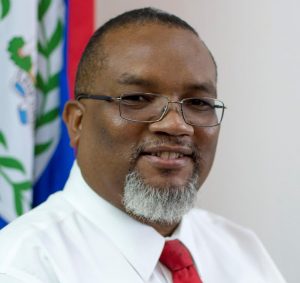 By BBN Staff: Belize’s Minister of Defence, John Saldivar has called for stronger relationships and a frank and more meaningful partnership among nations of the region in order to effectively counter terrorism and organized crime.

According to a release issued by the Ministry of Defence, Saldivar made the remarks at the Ninth Caribbean Regional Intelligence Conference recently held in Belize.

“The dynamic, ever-changing, elusive global context of the 21st century has forced nation states to constantly review and reinvent the way decisions are made to reflect and address the growing demands of new and emerging social, economic and geo-political challenges,” Saldivar said at the conference.

“By extension, these global changes have created opportunities to advance our partnerships and systems to address critical issues relating to security and defence which are unique to our times. Countries, regions, and the world at large are forced to put political and cultural differences aside and to concentrate on fostering partnerships and building relationships through cooperation, which is perhaps the most powerful strategic tool needed to address the problems of our times.”

Speaking of Belize’s role in national and regional security, Saldivar explained, “In Belize, the primary roles and functions of the military, which includes the Belize Defence Force and the Belize Coast Guard, are to defend and protect the sovereignty and territorial integrity of our country and to provide assistance to civil authorities in the maintenance of law and order.  On both the National and Regional level, our Ministry of Defence wants to strategically galvanize resources, to create synergies and to foster interagency cooperation and collaboration so as to provide the necessary support and enabling environment, which allows the military to efficiently carry out its functions.”

“Undoubtedly, in Belize, there is much room for growth as it relates to intelligence. Not only do we need to improve the quality of intelligence itself, but we also need to carefully review and enhance the processes and agencies involved in generating intelligence for decision making,” Saldivar further explained.

The Ninth Caribbean Regional Intelligence Conference was held from May 16-18, 2017.

The event was co-hosted by the United States of America specifically through the US Southern Command (SOUTHCOM) and attended by representatives from 11 Caribbean Nations.