Of men,dogs and fear – Trump and Alberto August 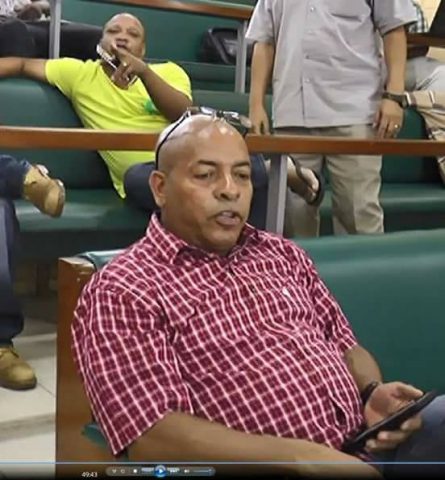 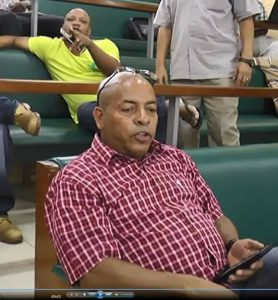 By Lisa Shoman: If you know who you are, and where you are supposed to be, you don’t have to bully your way to get there.

The spectacle of Trump shoving Dusko Markovic, the leader of Montenegro, to get to the front of a photo op is classic Donald, and has its sordid parallel in Belize. It is bully boy tactics.

Like any insider will tell you, photos at summits are always carefully arranged with the click bait -ahem- attention getters front and center. Trump was always going to BE front and center. He did not in fact have to push or shove to get there.

That he did, reminds me of my dog, Sharif. Sharif is a big German Shepherd who is a fear biter. He pisses on my gate to establish his territory, and faced with unfamiliar persons, will bite viciously out of sheer fear. He is a dangerous dog.

Trump is an insecure fear biter. He will bite first, and ask questions never. He did not need to shove anyone to get to the front of the pack. He was always going to be there. But he thinks that doing as he did, establishes his primacy. It doesn’t. It exposes his insecurity for the world to see.

In like fashion, sending Alberto August and his posse to the National Assembly building during the Senate Inquiry meeting to ride herd on Penner is a move motivated by fear.

Fear perhaps that he will say more than he should about Cabinet Meetings. And that suspicion is bolstered by Penner’s sudden bid to recant.

Fear perhaps that he would implicate not only himself, but other Cabinet Colleagues who he “helped”.

Fear, most certainly of what Dean Barrow may have prophetically said in 2013 : Prime Minister Dean Barrow [File: October 10, 2013]
“…if there is one thing that can and will bring down this government it is hustling in immigration. I have heard that there are ministers who are procuring visas for people. I have said pretty much every second cabinet, if you are doing so, I have no proof, for God sake stop it, stop it! That is what will cause the government to fall.”

August is there, with his boys to make sure that Penner and/or witnesses don’t provide such proof, wittingly or unwittingly.

Why now? Because all along, the UDP has tried to characterize the Senate Inquiry as some kind of clown show – a soap opera, a reality tv drama, a waste of time.

But, as the PM himself pointed out when ministerial intervention came up in connection with the visa scandal in October 2013, “…if I hear you intervene 10 times and I hear you intervene 20 times – what I am to think? Except that you’re involved in a hustle. If you hang out with Alibaba you must be one of the 40 thieves…”

So as time has gone by, Belizeans are now increasingly drawn to the spectacle that is more riveting than a fairy tale from Arabian Nights.

And clearly, August, at least is frightened out of his wits. He is clearly terrified that the show has become all to real, and that his party will be exposed for the world to see.

And so he shoved his way into national consciousness and pushed his chin out and into the air during those Senate Inquiry meetings. And then, from the bowels of his convictions, he produced his masterpiece of bathos – BAC.

If you know you have nothing to fear, then you need to create a sideshow. You need not piss on the fence. That you do, is telling, Mr. UDP Chairman. Sharif understands.