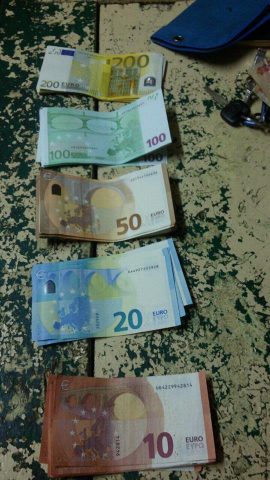 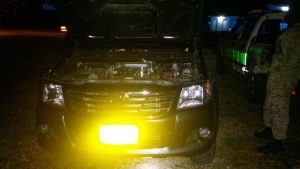 By BBN Staff: Twenty-three-year-old Kareem Harvey, of a Poison Wood, Belize City address has been arrested for ‘aggravated burglary’ after he allegedly attacked and robbed a registrar officer of the Pesticide Control Board in Central Farm and stole a truck belonging to the department with a load of other loot.

The 49-year-old woman told police that on Saturday she arrived home in a grey Toyota Hilux pickup, attached to the Pesticide Control Board and assigned to her for her daily work. Upon entering her house she was attacked by a dark complexion man. He had a piece of black cloth covering a portion of his head and face.

She told police she recognized her attacker as a man she only knows as Kareem, who had been working with the Ministry of Agriculture for the past year.

The burglar placed an object resembling a firearm to her back and put a plastic bag over her face.

He took her leather handbag which contained $50; two Visa cards, a couple debit cards, her driver’s license,  Social Security card and her work ID. He also took a black hand bag which contained a total of €4,000 (almost BZ$9,000), and a phone valued at $145.

The culprit then made good his escape with the grey Toyota Hilux valued at approximately $75,000.

During the incident, the manager’s boyfriend was also attacked was robbed of a small blue bag which contained $250 in cash and a black Samsung cell phone valued at $100.

On Saturday night, Belmopan police recovered all stolen items along with the truck.