The World Agro-Market is calling for Belizean products 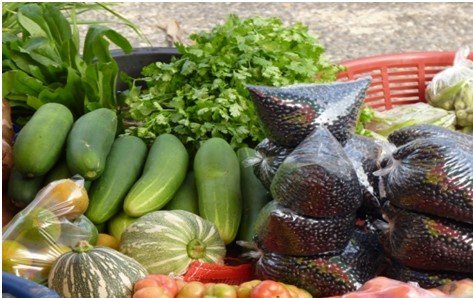 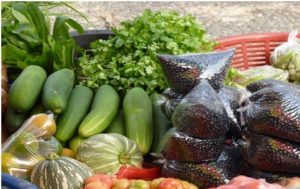 The world agro-market is calling for Belizean products, especially exotic products, such as our neighbors: Mexico, Guatemala, El Salvador, USA, Canada, and EU.

The wonder of our Belize agribusiness and food security is that it runs without much attention or notice of the economist or leadership.

The good imaginary idea of our society and growing nation is almost like a mystery where food comes from, or how it’s produced.

Our food is either imported by non-patriotic businessmen and non-industrialists citizens and foreigners from any part of the world.

Our education in agribusiness seem to instruct our youth that all you need is the book education, but no land or equipment or market or any facilities, like in all other countries.

Our financial institutions and banks, and financial experts expect production without preparation and facilities for a start-up entrepreneur.

The farmer that we all depend on to bring the fresh vegetables to the marketplace, is expected to go and make his own road into the farm, clear the land and prepare the soil for planting, such as: tilling, fertilizer and the seeds, and building a house; all without money or assistance…he buys his insecticides – very toxic ones and uses it without being able to read.

All he had for encouragement and support was promises of a sometime-coming-industry by a big investor to open a better market for him.

He heard a saying called “industrial action” finances which should come by some grants or development banks.

We seem to have leadership without vision.

We can now see that they will expect young people to find: food, a partner, house and land; and all they need to build a future all by themselves.

That’s a great imagination, but only for belize.

They even get rich enough to spare some money for the politician. To be on his good side.

It is now seen as normal to let the masses live on promises for their future. They are happier with an ‘assurance’ in the grips of poverty, than action and reality, because that involves responsibility, which even our leaders would shun.

Then, as we have well experienced, eventually the people who have been disappointed over and over, gets old and die off, hoping that the next generation will have new ways and new hopes.

Then the young, strong, uneducated and unskilled takes up the baton, pretending that the past is not to learn from.

They take it then, for several election cycles, before they break down and ask the question: “is there something wrong here? Where are we going? We are on the wrong road; who has the fault?”

Then they come to the point to ask: “what is the reason we are not progressing better? We were promised jobs, which we don’t have. We were promised vocational education. But we were not promised food or an industry. What’s going on?”

But, what we now realize is that, if we run short of slaves, we open the borders to let more come in.

And before we run out of grocery shops, we let 10 more Chinese into the country, per year, to build a mall to sell cheap, imported goods and groceries to us.

It is now a common idea that our leaders have agreed on, and console each other, that if you want to keep your votes, then, not to give the people much freedom…

…such as land to build wealth, industry that would give them financial freedom; but rather keep raising the taxes, and the fuel, and borrow as much money from foreign countries as possible, even with high interest, to keep the mill running.

We also have caught on to this one interesting phenomenon, that we should strictly cut down on building any more factories, because the jobs will go to the immigrants, because of our borderless country.

So, therefore, we have already closed down one sugar factory in Corozal, and we have sold the other one in Orange Walk, and we managed to close down the sewing factory at Ladyville.

It seems like our leaders are so tired, they try to show the public, how very difficult it is to govern Belize.

So, we will just import the goods that we will need, instead of raising it or fabricating it ourselves, and close down more factories, and beg for more grants from foreign countries; such as Taiwan and China, since the EU and the USA are tired of granting us cash, because they do not see the results in the last 30 years.

We are not too worried about it, because, after all, we are a sovereign country, and we can always exchange citizenship with some cash…or another big piece land could be sold to a foreigner…or an island…or our have some oil company drill our barrier reef.

We also have a rule, that the consulting fee is paid before the grant gets to work. Which is normally up to 85% of the incoming cash.

That, of course, keeps Belmopan happier.

We also have a system to make sure that the next generation will be the same. The system does not show the students how to make money, and does not train them in business and production and marketing, but to labor hard and cope with severe poverty, and to make it work better: give scholarship to all those that have a high IQ…they go to a foreign country…so that they will not come back before they retire.

So, the bottom line is: let the people live uninformed and unchanged, not even when seasons and markets are changing in the world…so to make a change, we wait for a big storm to come and do it for us….even if it brings its own consequences.

There is a saying that goes like this: “when a man comes right, the world comes right.”

TO THE INVESTOR: TO BUILD A BELIZE ECONOMIC MODEL VILLAGE

I believe a well planned, well executed economic village is the real foundation of a real economy.

The doors are wide open to small farmers to raise exotic produce.

The world has turned to organically grown foods, and the demand is growing. Belize is full of young people that want to make a future for themselves.

The older Belizeans must try to close the divide of what we believe to what are our actions and our productions.

We estimate Belize needs 10,000 farms and houses for our young people to start agribusiness.

We know that habit change is most powerful, and life change when habits change.

Belize is at a point where we can still decide our future, even though we have lost the better opportunities…however we have new doors opening for us.