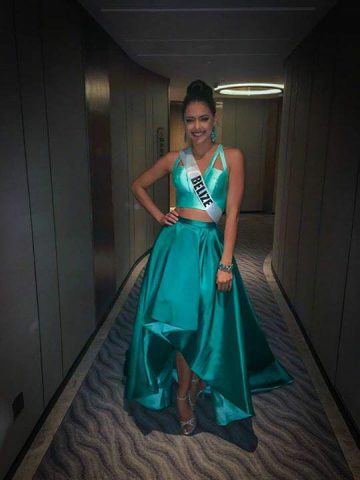 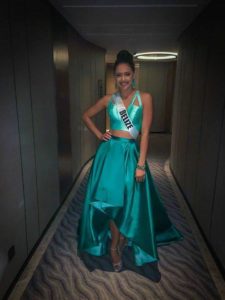 By BBN Staff: Queen of the Jewel Ltd., the company that owns the rights to the Miss Belize pageant, issued a press release today clarifying that its official position is that Rebecca Rath is still the current Miss Belize and will serve the remainder of her duties. It also said that in contradiction to the announcement made by former pageant director Opal Enriquez, there will indeed be a 2017 pageant.

This release by the Ms. Enriquez was unauthorized and the summary dismissal of Ms. Rath was unsanctioned,” Queen of the Jewel said in its release.

Enriquez served as Pageant Director and has effectively resigned as of May 26, 2017. The organization says that it accepts her resignation and will be taking steps in the coming weeks to fill the vacant position.

Queen of the Jewel said it was unfortunate that Enriquez’s resignation has also brought into controversy the title of Miss Belize 2016-2017 and that the majority co-owners, Orson Elrington and Reynaldo Malik were not aware of  Enriquez’s release and learned about it at the same time as the rest of the nation and “most regrettably, at the same time as Rath”.

“We will also be seeking to renew our Miss Universe license, however the outcome of that application is unknown but we will have alternative options for  the winner of the Miss Belize 2017-2018 title.  As mentioned earlier, we will be seeking the services of a new pageant director to continue our business.   While we own 2/3 of the company,  for various reasons we have left the running of the company and its affairs to Ms. Enriquez. Moving forward that will no longer be the case,” it added.

The organization apologized to  Rath and her family for this “colossal overstep”. It further added that Rath has the organization’s full support.

“We thank her for her continued representation of our country and look forward to a continued relationship,” it further says.

The organization says that it is looking forward to having all parties resolve this situation amicably and without further damage.