Mysterious disappearance of couple in Corozal 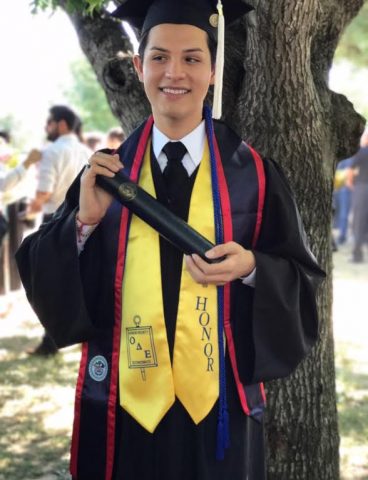 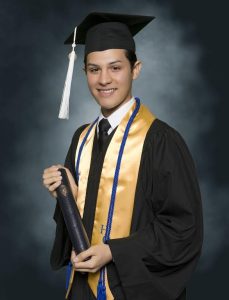 By BBN Staff: With great pride, we congratulate Mr. Nahim Emil Rancharan in achieving a Bachelor’s Degree from St. Mary’s University in San Antonio Texas. While this was no easy task, Nahim has managed to attain this milestone at the age of 18.  His formative years of education started off in the Town of Santa Elena, Cayo where he was originally enrolled at St. Andrews Anglican School and was later transferred to St. Barnabas Anglican School in Central Farm, where he graduated in 2010 at the age of 11 years.

In that same year, he enrolled at St. John’s College in Belize City, where he majored in Economics, Principles of Accounts and Integrated Science.  In 2014, he graduated from St. John’s College at the age of 15 with a cumulative G.P.A of 4.01, the highest G.P.A overall in his fourth year, 12 passes in CXC’s, and was the proud recipient of the Pedro Arrupe SJ Humanitarian Award.

Seeking a higher education, Nahim was offered a partial scholarship to attend St. Mary’s University, a Private Catholic Institution, where he went on to pursue a dual degree program in Economics and International Relations, securing his position as a member of the School of Humanities and Social Sciences.

While abroad, Mr. Rancharan was involved in numerous extracurricular activities, namely, being a member of the Dean’s Cabinet, an organization where hand-selected students  serve as advisors to the Dean of Humanities and Social Sciences, devising ways to improve campus-life; as well as his role in curating Rattler Awakening, a student-led retreat program that aimed towards helping other students develop stronger faiths; and securing a position as a permanent member of Omicron Delta Epsilon, the International Honor Society for Economics.  With hard work and determination, Nahim managed to attain his bachelor’s degree in Economics and International Relations with Cum Laude honors distinction in the frame of 3 years.

This achievement would not have been possible were it not for the outstanding and exemplary Belizean Education System as recognized by his teachers abroad. This, of course, highlights the strength and dedication that Belizean teachers place to ensure that the quality of students being produced are of a higher caliber, making them prepared and more competitive globally. This, in addition to the support of his family back home, as well as his advisors and professors at St. Mary’s University helped Nahim to achieve this milestone.

His future aspirations include furthering his academic career by pursuing a Master’s degree in International Relations with a focus on International Conflict Resolution and Development followed by a Law Degree in International Law. After finishing his educational goals, he aims towards pursuing a career in the field of Law or in the government/private sector with the hopes of later attaining an ambassadorial position, affording him the opportunity to represent his country on the world stage.