Tribute to Hardrock: A legacy of love and music 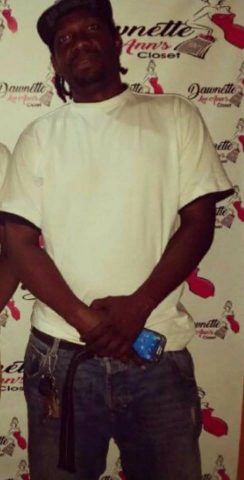 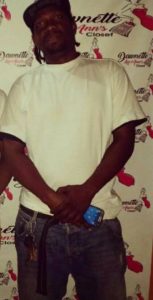 By BBN Staff: It has been almost two weeks since south side icon, Andrew “Hard Rock” Bennett, was brutally executed in front of his home on Central American Boulevard by a gunman.

To date police have not made any arrests though Eastern Division South Commander ACP, Chester Williams, has told the media: “We know who did it. We have been unable to catch up with that person.”

Though Bennett’s life has been senselessly taken, his killer has not been able to take away his soul, his good vibes or his contributions to his community.

At a young age Bennett new he was destined for greatness and so turned to sports. The summer before he commenced his secondary education at the Anglican Cathedral, College in Belize City, he had signed up for a football camp at the MCC grounds.

Bennett, slim and short, was very shy. When asked what his name was, he would be too nervous to respond. And so he earned the name, Hard Rock, from the local Hard Rock cafe which had sponsored the football camp.

A soft kid with a tough nickname would later be drawn to music because of the likes of then prominent deejay, Deon “Prezzy D” Gabourel, and Mose “Madrocka” Hyde.

Interestingly, Hard Rock was one of few, if not the only deejay that did not partake in drinking alcohol and smoking weed, by all accounts. Prezzy D would take the sober Hard Rock under his wings and show him the ropes. However, Hard Rock would later hone his craft to defeat Prezzy D in a sound clash.

Rock would later join KREM radio headed by Mose Hyde for three years. According to his mother, he always dreamed of returning to “di zinc fence.”

When Hyde learned of Hard Rock’s murder he posted to Facebook, “There is a youth sanctuary on Central American Blvd, it has been there almost two decades. This sanctuary has been a training ground for young boys from the community to learn the sound system hustle. KREM Radio has recruited from its outstanding graduates over the years, a string of deejays and sound technicians.

At this sanctuary on the boulevard young boys are not encouraged to drink or to smoke, they don’t carry guns, and they don’t commit crimes. They learn to back speakers, to fix them, to build them, and most of all to love music and rock the party.  This sanctuary was self sponsored by our fallen friend, Hardrock. He did more for endangered young boys in his neighborhood than many so call leaders,” explained Hyde.

One one of those youths who came from that sanctuary is, Paul “Spice” Gamboa.

He told the media, “He brought me to where I am right now. He taught me everything about music, when I was a stray being bad boy and wanting to be a street boy, that man brought me into this world…”

“He’s like a father to me, he’s more than a father. Growing up I saw his face every single day of my life and it’s hard to go through without seeing his face,” he added.

Upon learning of Hard Rock’s murder, Prezzy D, told the media, “They didn’t just kill a man, they killed an agency, a university, where youths go to seek refuge…”

His funeral saw hundreds mourning his passing. If there were a thousand more Hardrocks, Belize could be a much better place for Belize’s young people. Rest in peace Hardrock, gone but not forgotten.