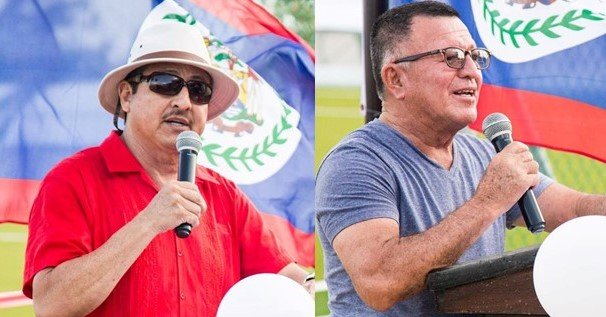 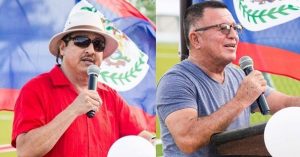 By BBN Staff: Minister of Tourism Manuel Heredia Jr. and San Pedro Mayor Daniel Guerrero, both of the United Democratic Party (UDP), are at odds due to differing opinions over a matter concerning San Pedro Belize Express’ free use of the island’s municipal dock, according to a report from the San Pedro Sun.San Pedro Belize Express began using the municipal dock in the aftermath of Hurricane Earl in August 2016 and has not paid any fees to the San Pedro Town Council (SPTC) as instructed by Minister Heredia, according to Guerrero. The Town Council claims it is losing thousands of dollars a month due to Heredia’s interference and advising the company to refrain from making payments.

According to the report, Heredia explained that both water taxi companies on the island were approved to use the dock after Hurricane Earl but Ocean Ferry, the other water taxi service, soon relocated elsewhere while San Pedro Belize Expressed remained at the dock. The dock is also used by a small sailboat name ‘La Gaviota’, which has docked there for years.

Heredia told the San Pedro Sun, that the trouble has to do with fees not being charged evenly, since San Pedro Belize Express’ boats are not the only ones using the dock. Heredia told the San Pedro Sun that is San Pedro Belize Express has to pay he believes the owners of ‘La Gaviota’ should have to pay as well. Heredia said he posed the idea but has not received a response from the Mayor. Guerrero, however, reportedly told the Sun that while he agrees, there are other factors to consider. Guerrero and the owners of ‘La Gaviota’ say the boat only takes small tours occasionally as opposed to the water taxi’s large daily operation.

In the meantime, Guerrero said, the Town Board is hurt as it continues to lose revenue because of it. Guerrero said he has been in dialogue with the company’s management, who was indicated they are willing to pay. He hopes to dialogue with Heredia to settle the matter soon. The owners of ‘La Gaviota’ have also indicated a willingness to pay but have suggested upgrades to the aging and deteriorating dock.