Which is the Lie? 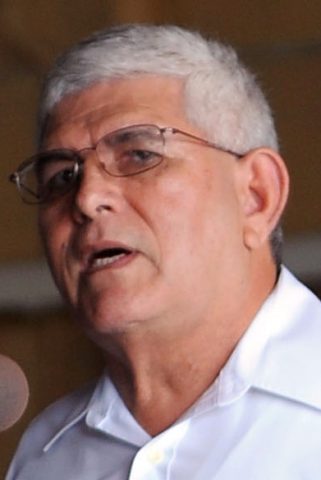 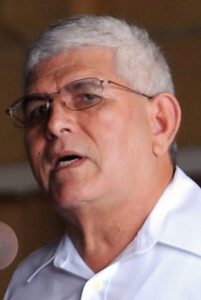 By Lisa Shoman:  Up to the General Elections in 2012, the Honorable Carlos Perdomo was the Minister responsible for Defense and Immigration. After those elections, Perdomo became Cabinet Secretary to the second Dean Barrow Administration of 2012-2015.

On October 10 of 2013, the Prime Minister of Belize held an historic press conference about the Penner Passport Scandal, in which he admitted to “hearing reports of a number of Cabinet Ministers involved in corruption, to wit the selling of visas to foreign nationals.” (Amandala October 11, 2013)

At that same press conference, Prime Minister Dean Barrow made that startling (and now infamous) statement that “…if there is one thing that can and will bring down this government it is hustling in immigration. I have heard that there are ministers who are procuring visas for people. I have said pretty much every second cabinet, if you are doing so, I have no proof, for God sake stop it, stop it! That is what will cause the government to fall.”

According to the PM, at the time, he “said pretty much every second cabinet, if you are doing so, I have no proof, for God sake stop it, stop it! ” Carlos Perdomo was the Cabinet Secretary at that time.

The CabSec attends ALL Cabinet meetings unless on leave. All. And CabSec Perdomo was responsible for the minutes of Cabinet meetings and for distribution of those briefings to all Ministers.

Under oath yesterday, Perdomo testified in response to questions by Senator Lizarraga as follows : Mark Lizarraga “As a member of Cabinet, at any time did the Cabinet say to you, “Minister Perdomo, we know that so-and-so-and-so is happening at the Ministry, we want you to straighten it out?” Carlos Perdomo “Except for the case that I mentioned last week, I don’t recall anything like that.” Mark Lizarraga “Cabinet never expressed any concerns about the goings-in that Department, except for that case?” Carlos Perdomo “Not in the way you are framing it; I’m saying just when there were discovered irregularities, like that Airport incident that I mentioned last week.”

At all material times, therefore (as the lawyers like to say) Perdomo was either the Minister responsible for Immigration OR the Cabinet Secretary. So if the PM is to be believed (and there is no reason why he should not be by his Ministers or his Cabinet Secretary) – was Perdomo not telling the truth under oath to the Senate about what was being said in Cabinet with regards to “concerns” about Immigration? Maybe, just maybe, the CabSec was dancing on the head of a pin and responded as a seasoned casuist. Or maybe he ducked the answer with his fingers crossed behind his back; but he and the PM can’t both be right.

So the question is, will Perdomo admit he gave an incomplete or deceptive answer to the Senate? Will he throw his PM boss under the proverbial bus? Or will he claim an inability to recall? Perdomo is still the Cabinet Secretary. He is one of, if not THE most senior public officer in the Public Service. For him to prevaricate by omission or commission under oath to the Senate Inquiry would be an offense worse than perjury. So which is the truth? Or should we ask, which is the lie?