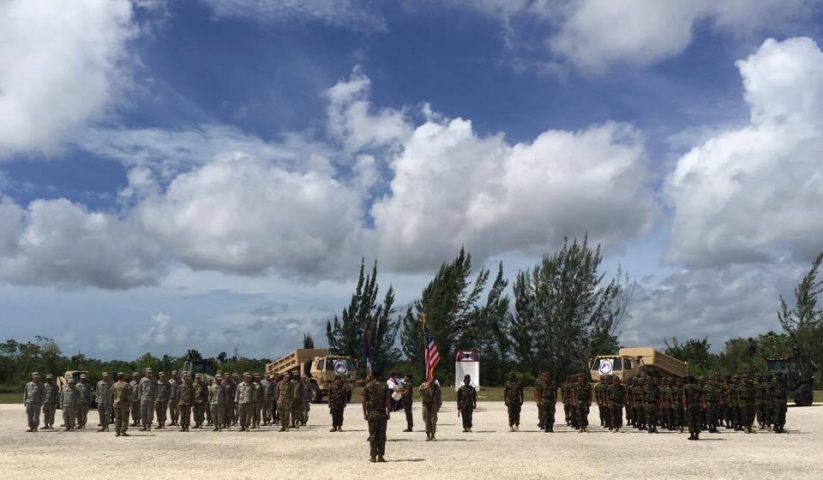 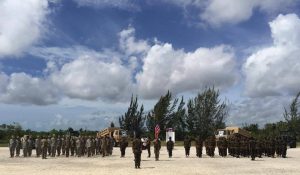 The U.S. Embassy and the government of Belize, in coordination with U.S. Army South, celebrated the successful completion of the Beyond the Horizon 2017 collaborative humanitarian exercise during a ceremony at Price Barracks in Ladyville.

The project, valued at US$11.5 million, furthered the U.S. Government’s continued commitment to the government and people of Belize.

BTH was a collaborative training exercise between the U.S. Army South, the Belize Defence Force (BDF), the Ministries of Defence, Health, and Education, as well as partner nations, such as Trinidad and Tobago and Colombia.  The project also included numerous NGOs and private companies from the United States and Belize.  BTH could not have been possible without the generous support and strong partnership provided by the local government leaders, community members, and numerous tireless volunteers.

The exercise started on March 25, 2017 and provided free medical and dental services for 16,834 Belizeans and built medical and educational facilities in communities across Belize.

The construction projects were as follows:

•        Expansion of the emergency room at the Western Regional Hospital in Belmopan.

•        Construction of a new medical clinic building at the Ladyville Health Clinic.

•        Construction of a new medical clinic building at the Double Head Cabbage Clinic.

The U.S. Embassy thanks everyone who participated in this impactful collaborative training exercise.

As the BDF’s and U.S. Army South’s mottos proclaim, “Shoulder to Shoulder,” “Together We Can.”