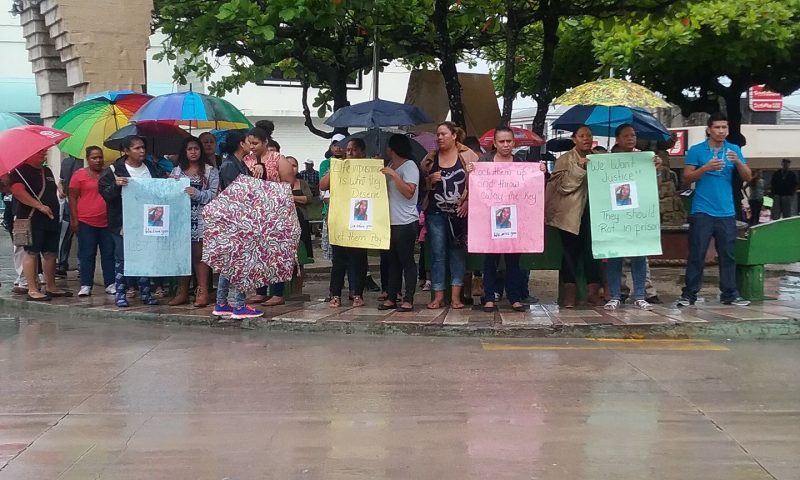 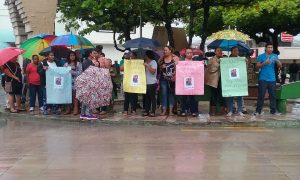 Guerra and her boyfriend Eliseo Bacab were at the football field in the village when they were attacked.

According to information from Guerra’s family, the culprits confessed to the crime and detailed the horrific ordeal.

One of the three accused men reportedly confessed to the crime and said that the men raped her and slit her throat but she did not die so she was taken to the middle of the river to drown.

Yesterday, Steven Manzanero, Reginald Patt, and Armando Coleman were arrested and charged for the murder of Emy Guerra and attempted murder in the case of Eliseo Bacab.

Today, the men were to be arraigned. However, the family was told by police that the men were taken yesterday to Belmopan Magistrate’s court, arraigned and then to the Hattieville Central Prison.

The court date is set for August 21 and they will be arraigned in San Ignacio Town.

Guerra’s emotional family held a protest today in front of the San Ignacio Police station demanding justice for their loved one.

Villagers from Santa Familia and other concerned residents joined them in demanding justice for this heinous crime.