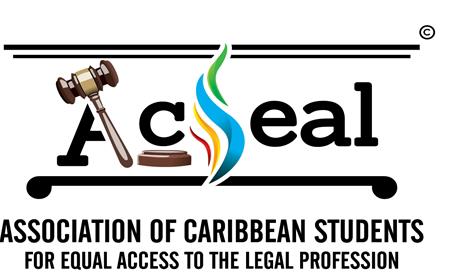 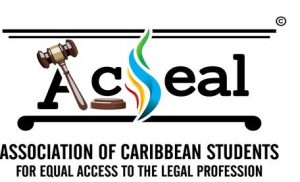 We greet you, and each Leader in the network of Democratic and Sovereign States of CARICOM and offer special homage for the work you are doing and will do on behalf of CARICOM citizens at the upcoming 38th Regular Meeting of the Conference of Heads of Government, July 2017 in Grenada.

The Association of Caribbean Students for Equal Access to the Legal Profession (ACSEAL) is a long-standing effort of past and present law students throughout CARICOM, formed on the basis of their Constitutional and Fundamental Human Rights found specifically in: the Republic Constitutions of various CARICOM Member States; The ICESCR (International Covenant on Economic Social and Cultural Rights); and The ICCPR (International Covenant on Civil and Political Rights).

This Regional student movement commenced in direct response to the subsisting Admissions Policy administered by Law Schools governed by the CARICOM Council of Legal Education (CLE), under the 1971 CARICOM Treaty.

Thousands of CARICOM citizens holding Law Degrees awarded by Institutions external to the University of the West Indies (UWI) have been perennially denied fair and equal opportunity to access legal education and the legal profession of their respective States, over the last 20 years.

On July 5th 2017, as the CARICOM Heads of Government Meeting is conducted, several hundreds more or perhaps thousands of CARICOM citizens holding non-UWI Law Degrees, despite having Equivalent Academic Standing to the UWI Law Degree, will be required to sit an Entrance Examination. If the events of previous years serve as any measure, more than 90% of these students will be denied entry to the final stages of their legal training; while 100% of UWI law graduates will gain automatic entry (no Entrance Examination required) to the final stages of legal training at the law schools, irrespective of their degree classification/grades.

This ‘preference-based’ system of law school admissions is largely due to an interpretation of Article 3 of the 1971 CARICOM Treaty, adopted by the CLE. It has resulted in the patently unfair exclusion of many CARICOM citizens from the legal profession of their respective Countries by systematically allowing only a mere handful of non-UWI law graduates access to the law schools, despite the equivalent status of their qualifications.

When asked for comment on the issue in 2012, the then CARICOM CLE Chairman, Mrs. Jacqueline Samuels-Brown Q.C. acknowledged that “Over the years there has been a much greater demand for spaces than is available.”. Mrs. Samuels-Brown Q.C. went on to add that “it is a matter for the Government”.

Consequently, we hereby request the indulgence of CARICOM, to address this issue of ‘Equal Opportunity in Legal Education and Fair Access to the Legal Profession’ at the upcoming Heads of Government Meeting in July 2017.

Notwithstanding the wording of Article 3 of the 1971 CARICOM Treaty, ACSEAL is of the respectful view that the framers of the West Indian System of Legal Education did not intend to marginalise and disenfranchise CARICOM citizens, especially our young people, as is now the case. Further, we are deeply concerned about the potential contretemps associated with the further erosion of public confidence in the administration of justice and our legal system if CARICOM Citizens are continually subjected to this institutionalised injustice.

The legal profession is a private vocation; but it is also a public office. Owing to the fact that many more students are now pursuing legal education and wish to gain entry into the legal profession, it has become necessary for CARICOM to reassess the 1971 Treaty, with a view to ensuring equal access to legal education for all CARICOM citizens, consistent with rights outlined in: Article 13 of the ICESCR; Articles 25 and 26 of the ICCPR; and those enshrined within the Republic Constitutions of various Member States party to the 1971 CARICOM Treaty.

In April 2017, Dr. Glenford Howe, Senior Programme and Research Officer at UWI concluded: “Since the education system in the region was not designed to be inclusive, it is not surprising that, in the absence of fundamental reforms, it is proving to be unfit for education provision in the 21st century context, in which the focus is on democratisation of access, inclusiveness, [and] equitable provision of education for all…”. It is our hope that you will take the requisite steps to fundamentally reform and rectify the adverse effects arising from the 1971 CARICOM Treaty, so as to ensure that every CARICOM citizen possessing the will, skill, aptitude and character to enter the legal profession and participate in the legal systems of CARICOM Member States has an equal and fair opportunity to do so.

We thank you for your consideration in this matter.