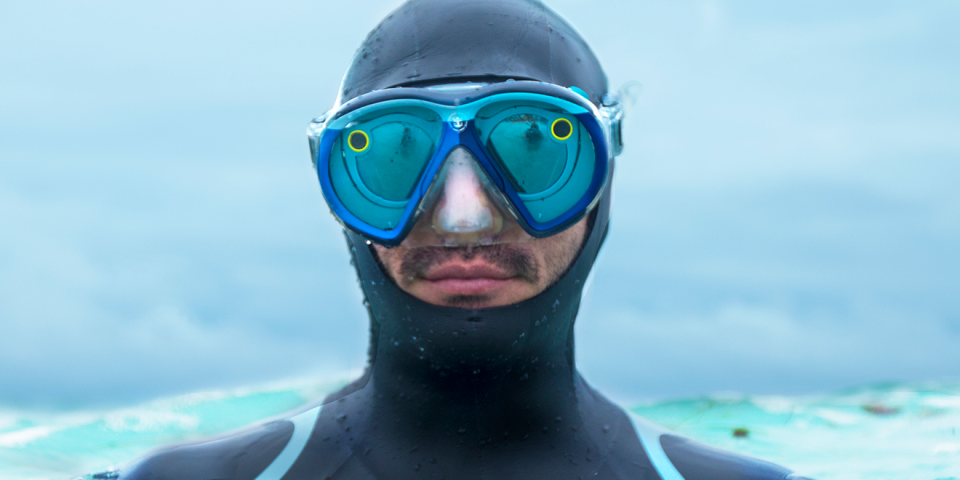 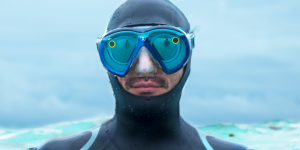 By BBN Staff: Royal Caribbean, which brings cruise-ships to Belize weekly, has partnered with Snapchat to provide cruise passengers with waterproof cameras that will allow them the opportunity to capture stunning underwater images while on vacation. Royal Caribbean debuted the new scuba-mask with built in Snapchat Spectacles this week and have commissioned tests in various Caribbean destinations including Belize.

The “SeaSeekers” goggles were built by Sexton, an Oregon-based company that specializes in custom underwater housing. Royal Caribbean intends to use the goggles as part of its #SeekDeeper campaign and to promote the new innovation, the cruise-line has equipped three well-known divers with their own SeaSeekers to explore exotic water destinations.

Royal Caribbean dispatched free-diver Ashleigh Baird to Belize to dive and capture video of the Great Blue Hole, one of the largest underwater sinkholes of its kind. The cruise-line also sent marine wildlife photographer and conservationist Roberto Ochoa to Cozumel, Mexico to provide a new look into the migration of whale sharks and marine biologist Gabriela Nava to examine a coral reef restoration project.

According to Royal Caribbean chief marketing officer Jim Berra, the goal is to receive a patent for the product and then equip ships with the goggles so guests can rent them by this fall. He said one purpose of the campaign is to remind people of the biological diversity of the Caribbean.

“You can get off the beaten path and have these types of water-based adventures and then capture it in a really fun and unique way,” Berra said.

So far, Royal Caribbean has only made 10 prototypes of the product and are in the process of testing before releasing them. Snapchat, a growing social platform for Royal Caribbean, has played a bigger role in the brand’s marketing over the past couple of years. And while it’s still not the largest audience, it’s one the brand hopes will attract young millennials who might already have kids to book a cruise.

Cruises to the Caribbean account for around 60 percent of all passengers that book with Royal Caribbean. Berra, however, said the company is seeing increased interest in other routes, including Alaska and Europe.