No agreement yet for new San Ignacio/Santa Elena bridge 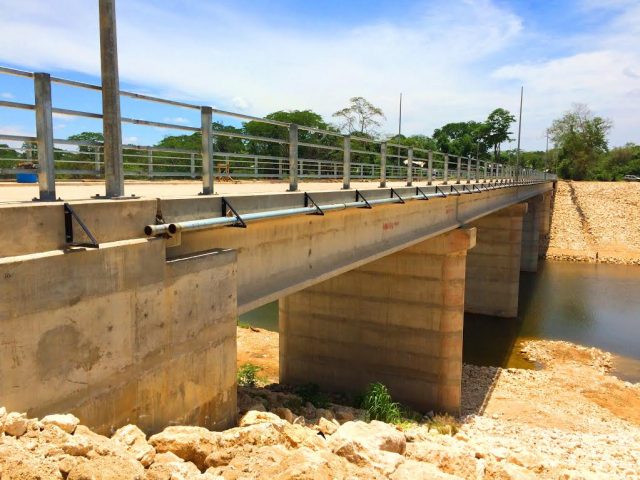 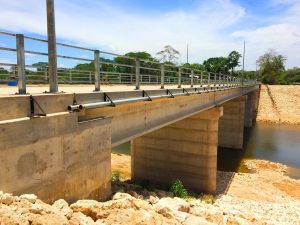 By BBN Staff: The new bridge connecting the twin towns of San Ignacio and Santa Elena is almost completed.

Chairman of the United Democratic Party, Alberto August had indicated on social media that the bridge will be named, “The Rene Montero Bridge”, but government has not issued any official confirmation on the name of the new bypass.

A preliminary opening was scheduled for yesterday. However, the opening was postponed since there has been no agreement between the government and the land owner where the new bridge was constructed.

Felix Castillo owns parcel 2771 and 2772 and is waiting for government’s valuation of the property which is worth as much as 8 million dollars.

Castillo owns the land for over twenty years.

According to a report from News 5, in 2013, the ministry offered a little over 300 thousand dollars as compensation for the land. However, Castillo rejected the offer and now that the bridge is nearing completion, no settlement has been met.

Neal states that the constitution of Belize indicates that if government acquires property for public use, they must compensate at market value.

In an interview with News 5, Chief Executive Officer in the Ministry of Works, Errol Gentle informed that his job is to construct the bridge. Gentle says that Government usually uses a valuator from the Ministry of Natural resources and that government has limited funds.

The bridge is about to be opened and Castillo has not been paid since the negotiations are yet to continue.

According to Gentle, the final valuation or compensation will have to be authorized by the Ministry of Finance and Natural resources.