Cost of living up in May 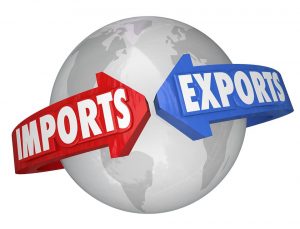 By BBN Staff: Belize’s expenditures on imports fell by 4.2 percent for the month of May, while revenues from exports were up by 28.9 percent, according to the Statistical Institute of Belize’s (SIB) latest External Trade Bulletin.

The SIB attributed the overall decline to reduced imports in several categories, most significant being ‘Machinery and Transport Equipment’ falling by $11 million or 24 percent to $35 million, as the country imported less telecommunication parts, sealing machines, and water pumps.

“Merchandise imports for the five months from January to May 2017 amounted $739.6 million, representing a 4.8 percent or $36.9 million decline from the same period last year,” the SIB said.

Belize’s domestic exports for the month of May 2017 totaled $72.6 million, a $16.3 million increase from the $56.3 million recorded for May 2016. Sugar was the largest income earner, accounting for more than half of total export earnings. Sugar revenues for the month grew by $11.3 million, from $26.4 million to $37.7 million.

Citrus exports saw its first increase for 2017 in the month of May, with citrus concentrate earning $12 million instead of the $11 million last May. However, bananas and marine products, each saw decreases in export returns for the period. Bananas fell by $0.9 million from $7.8 million to $6.9 million, while the marine products dropped by a half from $1.2 million to $0.6 million.