GOB and Ashcroft clash in court 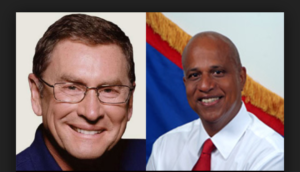 By BBN Staff: The government of Belize and lawyers representing the Michael Ashcroft are set to face off for another round of battle in the Caribbean Court of Justice (CCJ) over a US $92 million legal cost claim from Ashcroft over the 2015 settlement of the Belize Telemedia Ltd. nationalization.

The claim is a part of the half-a-billion dollar settlement over BTL, in which 40 percent was supposed to go to Ashcroft and the other 60 percent was to go to a trust for projects that would benefit Belize. Last year, however, Ashcroft won a decision at the CCJ which awarded him 50 percent instead of 40 percent. The CCJ ruled that the agreement was poorly worded and did not reflect Prime Minister Dean Barrow’s oral agreement with Ashcroft at a private meeting in Miami between the two just prior to the last general election.

GOB has requested a breakdown of Ashcroft’s legal expenses to verify the exorbitant claim.

The amount in legal fees must also be paid in US dollars which poses another problem for GOB, as foreign reserves are already low and making any large payment in US dollar would affect the reserve and could potentially de-stabilize the economy lead to a devaluation of Belize’s dollar.