Magistrate throws out Wade’s case due to “executive manipulation” 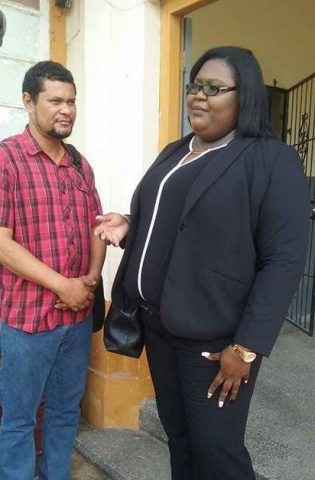 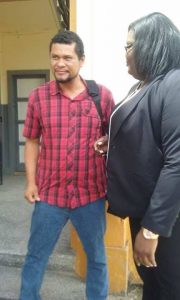 By BBN Staff: This morning, Plus TV’s Louis Wade appeared at the San Ignacio Magistrate’s Court to answer charges of ” common assault” and “indecent words”.

Today, the magistrate threw out the case on the basis of “executive manipulation.”

Wade told BBN that he is satisfied with the judge’s decision.

” I am very glad that it is at the very first level that we encounter the justice system, the magistrate ruled that it is an abuse of executive power. The police, that has brought it to where it is today, and that is exactly what happened. My understanding of his decision is that if he had allowed this case to proceed, it would in the sight of the public, it would question the justice system because of the length of time that the police take to bring simple charge of assault and indecent work to the court.”

Wade explained to us that the case was under investigation from November to December 2016 and that the first investigator said that the complaint were fraudulent and not true; however, the Commanding Officer of the San Ignacio Police Station removed him and put another investigator who did not contact Wade at all.

“This case was on investigation  from November to December last year when the first investigator said that it was fraudulent and not true, the OC of Cayo police station removed the investigator from the case and put a second investigator on the case who did not contact us until the last week for the statute for this incident,” Wade explained.

Wade went on to say ” we continue to say it did not happen and we have a responsibility to continue this process, they started it, we will finish it.”

Wade told us that he is going back to his attorneys to thank them: Attorney Stacey Grinage, Michel Chebat, Eamon Courtenay, and Audrey Matura Shepherd.

Wade also said that he doesn’t hold anything in his heart against any of them but something went really wrong and we must ensure that it does not happen again.

” If they can do this to me, a pastor, what will they do to a person who has less public presence – we have to fight for that unknown person on the street,” he ended.