The Ostrich Syndrome – Barrow and Co in denial

Plus TV’s Louis Wade to appear in Court today 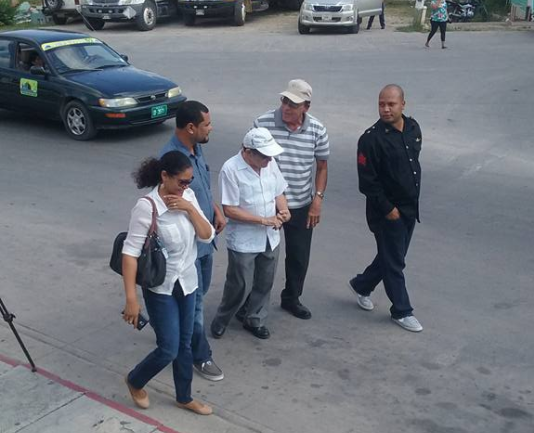 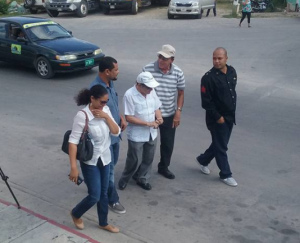 By BBN Staff: The owner of Plus TV and host of the Rise and Shine Morning Show, Louis Wade will appear this morning at 10 at the San Ignacio’s Magistrate Court.

Less than a week before the statute of limitations, Wade was charged on May 19 for “assault”, and “using indecent words”.

The incident occurred in November of last year between him and the son of Rene Montero, the current Area Representative for Cayo Central.

Robert “Bobby” Montero accused Wade of the ‘misdemeanor’ while he was filming a report for his news company near the Santa Elena Sports Complex, and reported the matter to San Ignacio Police.

Wade told the media that the allegations against him were completely fabricated.

“I was almost finished shooting my video and pictures, when out of the corner of my eye, a red pick-up truck who most Cayo people recognize as belonging to one Robert Montero; came directly at me with very high velocity because I was simply doing my job as a journalist. I jumped out of the way and he reversed his vehicle at me. This man was trying to run me over with his red pickup truck. When he saw that I was still there, he got out of his driver’s seat, came around his vehicle and came to me.  Mr Montero aggressed me; every single time. I was out of my vehicle and Mr Montero came out of his vehicle at me, shouting.   Mr Montero did not come closer than six feet to me; not closer. Nor did I tell him one word,” Wade said.

Wade had announced on his morning talk show that he would report the matter to authorities and press charges but Montero was tipped off and went to the San Ignacio Police station before him.

Wade stated that the complaint was a joint complaint but the Officer Commanding San Ignacio did not question Robert Montero on this incident.

Wade also told the media that the police wanted him to hand over video evidence but did not question the witnesses at the sports complex at the time of the incident.

At his first court hearing, Wade pled not guilty to the charges and was granted bail of four hundred dollars for both offences, plus one surety of the same amount.

Wade’s attorney, Stacey Grinage also pointed out the delay in laying the charges since the police waited 5 months and three weeks before they levied the charged on Wade.

This morning, Wade posted on his social media page that his attorneys had made submission for the throwing out of the case.

BBN will have more update on this story today.