BTV heads to Sarstoon to assess damage cause by oil spill

Man who received shots to the head recovering 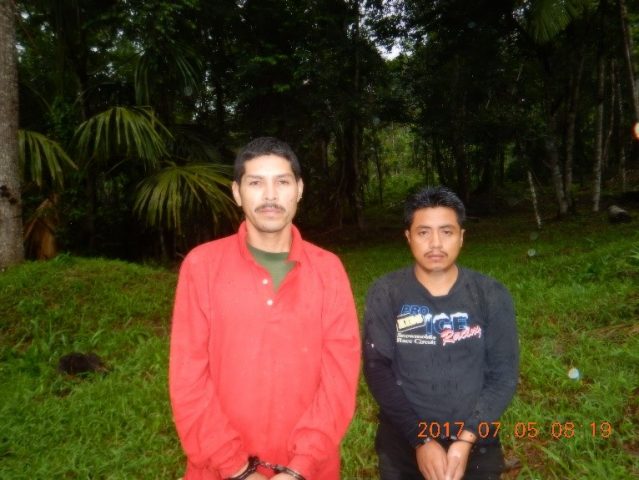 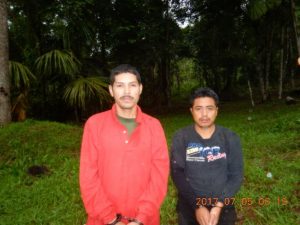 By BBN Staff: At 4:00 a.m. this morning, FCD park rangers were able to apprehend two Guatemalan macaw poachers (guaqueros) in the Chiquibul Forest. However, one of the poachers escaped into the jungle.

The poachers arrived on the nesting habitat of macaws on Monday and as they were crossing the Chalillo Lake swimming, the park rangers apprehended them in the early hours.

Victor Noe Aldana Lopez, 40, of Dolores Peten said that they were planning to remain in the area for another three days.

On their possession they had 2 long ropes and spurs used to climb the tall trees.

Lopez had been detained and charged some three years ago at the time extracting xate leaves, and is known to have been in the group conducting illegal gold panning a few weeks ago in southern Chiquibul.

Lopez told the FCD rangers that young macaw chicks can be sold as much as 1,500 quetzales or some Bz$450.00.

The other person gave the name of Antonio Ramirez de Ramirez, 27, of Dolores Poptun.

The third person that escaped was also from Dolores and appears to have been the leader of the group.

The two persons detained were escorted to the San Ignacio Police pending charges by the Forest Department and Immigration Department.

For years, reports from our Guatemalan counterparts have shown that scarlet macaws are targeted as birds for the pet trade.

Other parrots are also targeted but due to the high price of macaws.

The parrots once caught are fed and grown in the nearby communities located along Belize’s border and then transferred to the towns such as Poptun or Dolores.

Every year FCD puts in a set of park rangers and field assistants to monitor and protect the parrots from pet traders. This consists of an arduous and long seven months of bio-monitoring and law enforcement presence.

FCDs Illegal Wildlife Trafficking Coordinator, notes that this capture is a first one conducted and considers that the area may well have other poachers targeting wild parrots. It is probable that some macaws may have already been stolen from nests and sold in southern Peten this year.

Over the last two years CONAP have successfully detained and processed three individuals with scarlet macaws on their possession in Peten which have been emblematic cases where pet traders have been prosecuted.