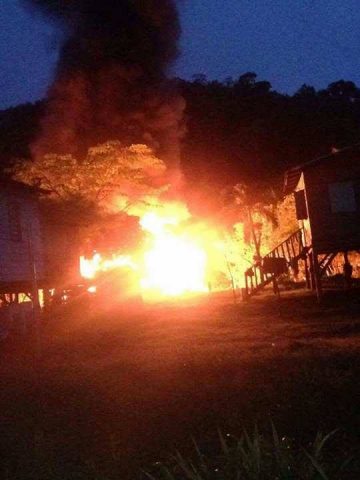 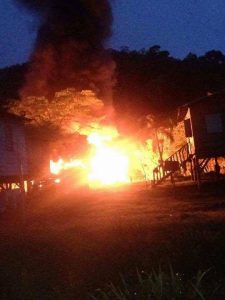 By BBN Staff: This morning, BBN reported of a house fire in Teakettle Village.

Mark Santos, 54, carpenter and owner of the house reported that he left his house on June 24, 2017 to live in Santa Elena Town, Cayo District.

Santos further stated that upon passing his house in a bus heading to work in Belmopan, he observed his house engulfed in flames.

Santos is the father of Erwin Santos who was sought by police for questioning in relation to two murders. Erwin was detained today by Belmopan police.

No one was occupying the house at the time and the house was completely destroyed by fire.

The cause of the fire has not yet been ascertained and the value of the house and its content is unknown.

The house was not insured.