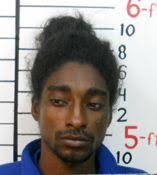 By BBN Staff: Erwin Santos was wanted by police for questioning in connection with two murders.

Santos is the main suspect in the murder of Markie Mendez and another murder.

According to Gillett, those charges are sufficient to have Santos in custody “and the investigation will continue not only in Belmopan with the murder, but there was another murder where his name was called up and he needs to be interviewed both in Belmopan and in San Ignacio.”

Police had appealed to Santos family to turn him in since it was leading to a hostile situation in the village.

This comes after Mark Santos, Erwin’s father’s home was burnt down yesterday morning.