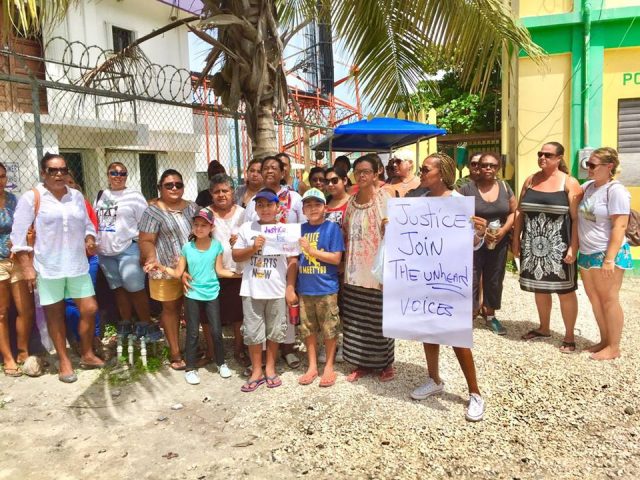 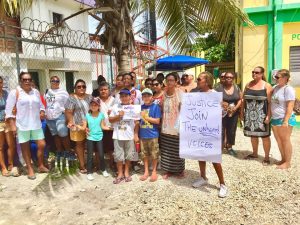 By BBN Staff: Residents of San Pedro, this morning, gathered in front of the San Pedro police station where parents suspected of being involved in the death of their 13-year-old adopted daughter, Faye Lin Cannon, are being held.

The protest was an informal one, spread by word of mouth. Residents, however, have gotten a permit to hold a legal, peaceful protest tomorrow at 9:00 a.m. at the San Pedro Central Park.

Protesters gathered in front of the police station this morning with signs demanding justice for Cannon after a post-mortem on her body indicated she had been physically and sexually abused. Sources on the island have indicated to BBN that the mood on the island is tense and emotions are running high.

In the wake of the report, several residents have come forward publicly stating that a report was made against the same parents three years ago but nothing was done.

The parents have still not been charged as yet. Sources indicate the parents may be charged this afternoon.

Police responded to a sudden death report on Monday and found Cannon in her room dead. The mother tried explaining to police that the girl was mentally ill and suffered violent attacks in which she would throw herself against the wall and injure herself.

Cannon’s body was found with bruises which covered her arms and legs as well as a swelling to the right side of her head which had a cut wound. Other sources tell BBN the girl’s rib-cage and chest plate were severely damaged and broken.