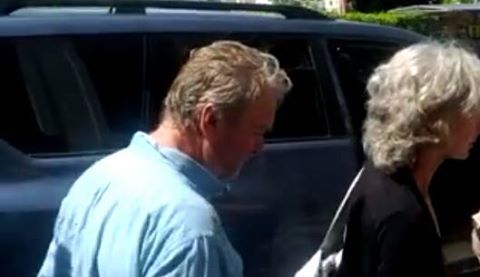 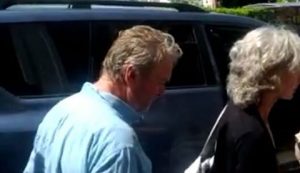 By BBN Staff: Americans David and Anke Doehm, accused of abusing and killing their adopted 13-year-old daughter Faye Lin Cannon, were arraigned in Magistrate’s Court this afternoon on a charge of ‘cruelty to a child’. The couple was denied bail and both remanded to the Belize Central Prison.

They are due to return to court on August 24 but their attorneys, Ellis Arnold and Richard “Dickie” Bradley, intend to file an application for bail in the Supreme Court as early as possible. Director of Public Prosecution, Cheryl-Lynn Vidal, today, objected to bail being granted for the Doehms on grounds that they are considered flight risks. Chief Justice Anne Marie Smith agreed and denied the couple bail.

Police had charged Anke for ‘cruelty’ on Wednesday afternoon and charged David on Thursday when he was brought down from prison. He had been remanded earlier in the week for ‘possession of a controlled drug’ after police discovered he had Valium without a valid prescription.

In an interview with the media Vidal said even though there is not yet sufficient evidence to charge the Doehms for murder, there was enough glaring evidence to charge them for cruelty. According to Vidal, during interrogation the Doehms both admitted to knowing the child had suffered injuries and suspected she had been suffering from an illness but they never took her to a doctor to seek a diagnosis or to receive any medical treatment. Furthermore, the parents administered Valium, a very strong prescription medication, to Faye Lin without advice from a medical professional. Vidal said this demonstrated clear neglect from the parents.

Vidal intends to object to bail for the Doehms when their attorneys file the application with the Supreme Court. The investigation into Cannon’s death is ongoing and police are hopeful they will be able to lay charges against the husband and wife for murder soon.