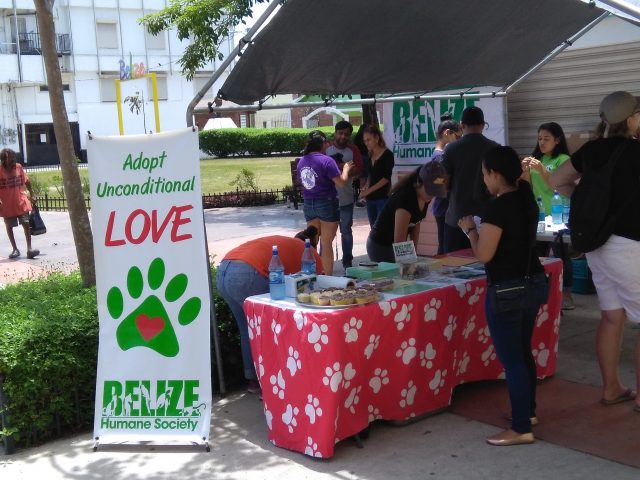 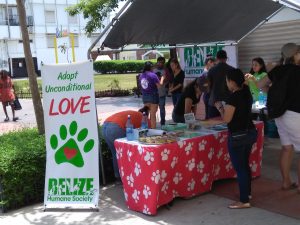 By BBN Staff: The Belize Human Society (BHS), held an animal adoption drive in downtown Belize City yesterday, encouraging Belizeans to open their homes to puppies and kittens in need of a home.

Deborah Lewis, president of the BHS, explained that some of the animals were abandoned or injured, and the BHS helped nurse them back to health, but they need caring owners to give them a home.

Lewis said that the BHS was also using the opportunity to do outreach for their responsible pet ownership campaign, which forms a part of the society’s mandate.

Lewis said that one of the reasons why Belize City has so much stray animals is because many pet owners were irresponsible in not ensuring that their animals were neutered, and they ended up producing too many unwanted offspring. The BHS has been collaborating with the Belize City Council on the campaign, receiving a commitment from the council to hold off on killing strays with Strychnine poison, while the BHS works on the campaign.

“If you do any research on Strychnine, you’ll find that it is the worst way for any living thing to die, so we’re really excited at the fact that the city was so open to working with us in that way,” Lewis added.

She also said that responsible pet ownership will ultimately reduce the number of strays, minimizing the council’s need to poison strays.