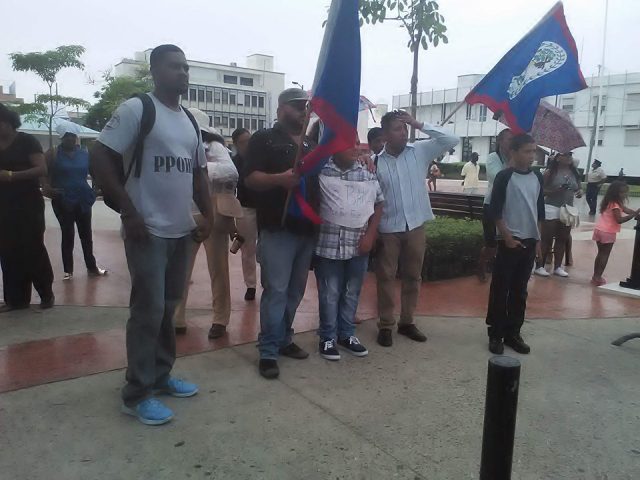 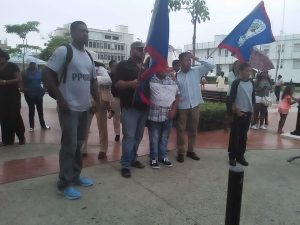 By BBN Staff: David and Anke Doehm, the American nationals under investigation for allegedly killing their adopted 13-year-old daughter, Faye Lin Cannon were granted bail this morning as outraged citizens organized and held a small protest outside the Supreme Court.

The Doehms were granted bail of $10,000 each by Justice Denis Hannomansingh, against advice from Director of Public Prosecution (DPP) Cheryl-Lynn Vidal. The DPP advised that bail should be denied because the foreign nationals are flight risks.

Before the Doehms arrived at court, the small crowd gathered awaiting their arrival. Members of the crowd held signs calling for justice for Faye Lin, requesting that the Doehms be denied bail. Much to the dismay of the protesters, however, the Doehms were given bail and were reportedly rushed out through the back with police escort.

The DPP had previously indicated that more charges are expected to be laid against the Doehms as the investigation progresses.