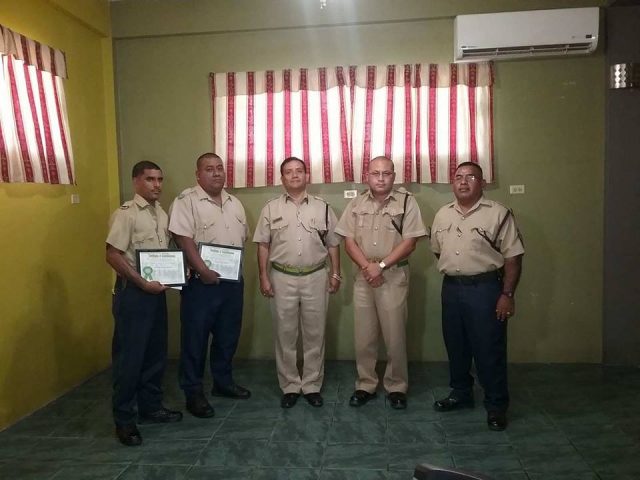 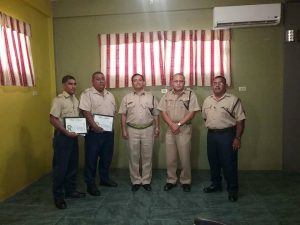 By Zoila Palma:  Today, PC 1466 Derwin Garcia and PC 720 Daniel Choc were awarded for their bravery in rescuing three young men on Saturday.

On Saturday,  July 30, the officers from the San Ignacio police formation responded to a 911 distress call about three young men trapped by heavy currents in the Cristo Rey river after their canoe had capsized.

PC Choc is seen in a video on social media with a rope, inside the river trying to get the young men to safety. Choc managed to tie them to a rope one by one and PC Garcia waited to get them to safety on the river bank.

The three minors were rescued from the river and taken to their homes. One of the minors was taken to the San Ignacio Hospital for treatment since he complained of foot injuries.

Both officers Garcia and Choc were treated to a luncheon today at Hode’s Place in San Ignacio.

Assistant Commissioner of Police, Noel Leal also held a press brief to commend the officers and to award them for their heroic efforts. Leal told the media that the department is proud of the officers.

Officer Commanding San Ignacio police, Richard Rosado was also at the brief and thanked the officers for their bravery in getting the young men to safety.