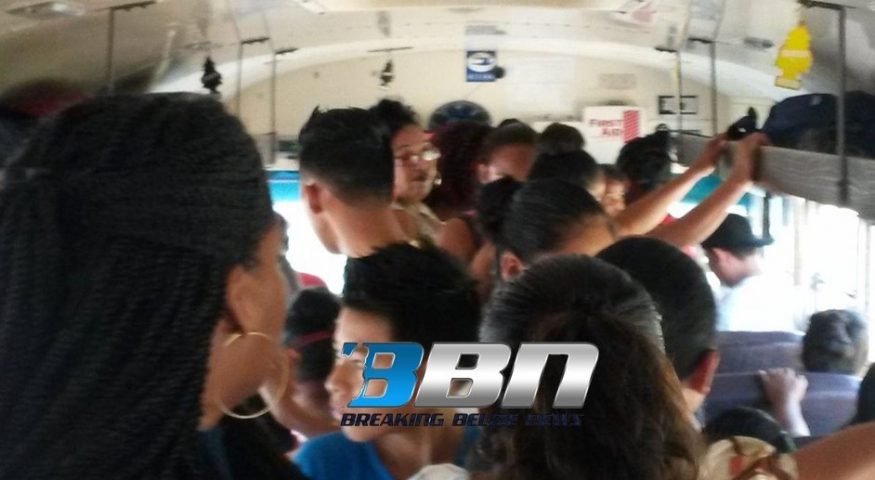 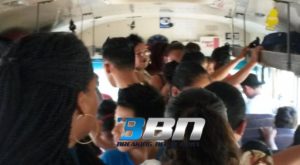 By Glenn Tillett: I just about skipped out of Dialisis de Belice on Monday shortly before noon and the first of my weekly four-hour sessions, and walked briskly to the Orange Walk Town bus terminal. I felt good physically, mentally I felt sharp and my spirits were high.Not only had I slept most of the session but it seems I would soon, within weeks be able to get dialysis in Belize City. My monthly labs had also come back and my pre-session blood tests were the best I had seen in 6 months.

When I got to the terminal my spirits fell though, it was packed with over 70 persons crowded in the modest facility behind the Ministry of Works compound. Within a few minutes of my arrival a Belize City bound bus pulled up, discharged about 15 passengers near the gate and a stampede ensued as the mob sought to get on board.

The bus had stopped right in front of me and the press literally forced me aboard. Of course there were no seats available so I joined 23 other people crammed standing in the aisle. Fortunately this bus had a “straphanger” bar running along the roof and an overseat luggage carrier along the right side which offered some support.

The bus stopped several times in town, at Guinea Grass junction, the toll bridge and twice in Carmelita to discharge and pick up passengers, springs, shocks and brakes screeching and complaining bitterly at the load, before making haste uninteruppted to Maskall.

From there it resumed stopping every few minutes, or at least so it seemed to me, especially through Lords Bank and Ladyville. The passengers for the most part accepted the crowded conditions morosely. In two cases I saw three people crammed into a seat.

It was quite a contrast to my earlier ride to Orange Walk when I had had an entire seat to myself for nearly the entire ride and which had taken almost 25 minutes less time.

Recently bus operators were given a fare increase on the implicit understanding that the service would improve. Cha man, ai wonder if the authorities and relevant politicians have made any effort to check?