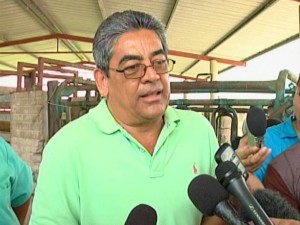 As reported by 7 News, over 100 land documents surfaced, showing a pattern where private citizens bought parcels of land, held onto them for a brief period then sold them over to Vega’s relatives. The transactions include 11 acres of Ramsey Caye at roughly 1.5 acres each.

Each purchaser bought the land from the Government of Belize for sums between $3,000 to $5,000 and resold them to the Vegas for sums between $10,000 and $20,000. The documents show that a similar scheme took place for land in Spanish Creek.

Gaspar Vega has been mentioned in several land transaction issues, including one where his son Andre Vega got undue compensation amounting to $400,000 due to a suspicious land transaction. Vega tendered his resignation after the scandal broke.

GOB had said that it would seek to recover the money from Vega; however to date, there has been no report of him returning the money.