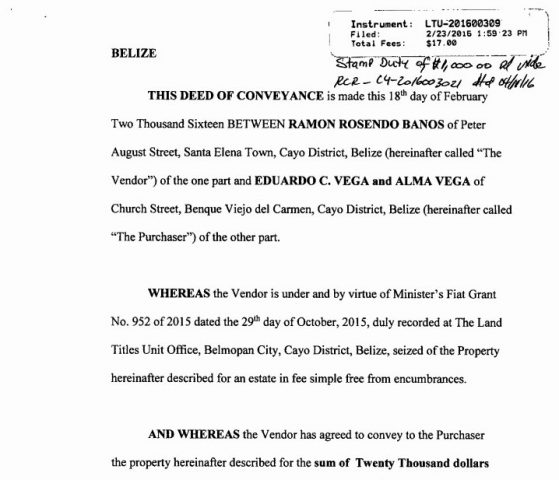 /> By BBN Staff: Yesterday, BBN reported on documents showing a paper trail exposing a supposed land scheme in which members of the Banos family acquired vast amounts of prime land from the government of Belize and sold them to members of the Vega family including Eduardo and Alma Vega.

According to reports, the Banos family acquired acres of land on Ramsey Caye for a small amount and then proceeded to re-sell the land to Former DPM Vega’s brother, Eduardo and his wife.

Each purchaser bought the land from the government of Belize for sums between $3,000 and $5,000 and resold them to the Vega family for sums between $10,000 and $20,000. The documents show that a similar scheme took place for land in Spanish Creek, Belize district.

The documents also revealed a pattern among the family of Ramon Rosendo Banos. 7News Belize noted last night that Banos is a known associate of Ministers Gaspar Vega and Rene Montero.

The Spanish Creek documents, revealed that there were acres of land purchased for small amounts by Banos’ daughters Miriam and Vanessa and Banos’ daughter-in-law Alyni Quintanilla for $5,000 signed by then Minister of Lands, Gaspar Vega.

They all held onto the lands for a small amount of time then sold it to Vega for a small profit. GOB had said that it would seek to recover $400,00 in government compensation for land illegally sold to Andre Vega; however to date, there has been no report of him returning the money.

Attached are a few copies of the documents. 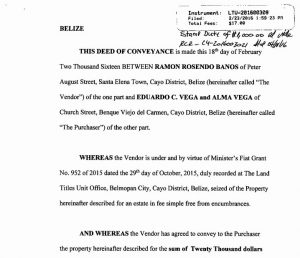 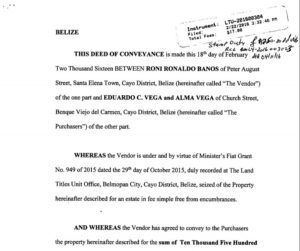 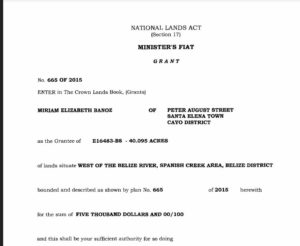 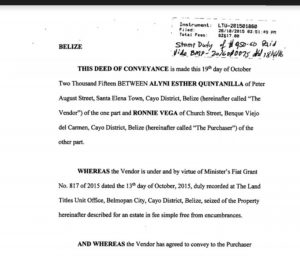 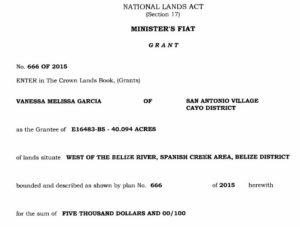 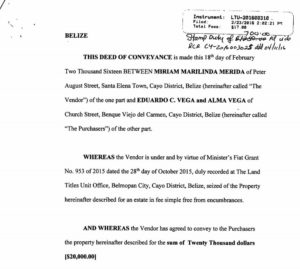 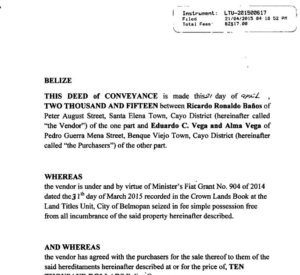 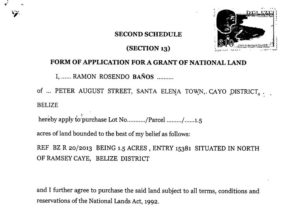