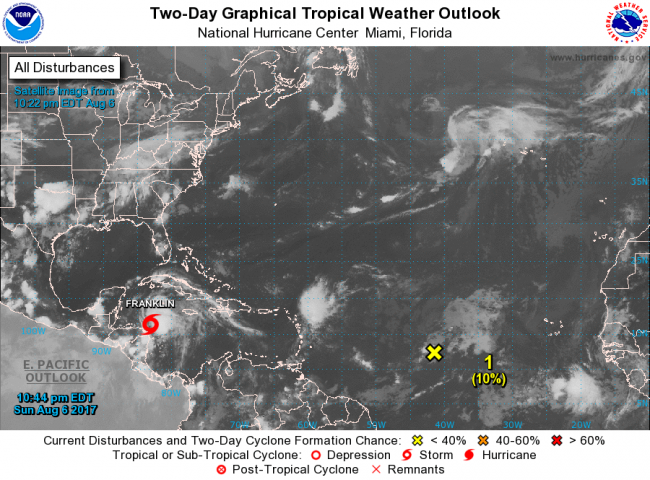 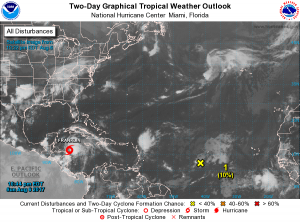 By BBN Staff: NEMO Emergency Operations Centers (EOC’s) have been convening countrywide since this morning in the face of threats from a tropical system in the Caribbean which has been showing signs of organization and development.

Since then, Emergency Operations Centers have met in every region of the country to assess the threat from the tropical system and fine-tune plans for effective response in the event of any impact to any part of the country.

In its second official advisory on the tropical system disseminated at 3:30 P.M today, NEMO issued a Tropical Storm WATCH, as a precaution, for a potential Tropical Storm. The area of the watch includes the Belize District, Belize City, the Cayes, and parts of the Orange Walk and Corozal districts.

The NEMO advisory stated, “The strong Tropical Wave in the west-central Caribbean Sea has an 80% chance of becoming a Tropical Depression or a Tropical Storm overnight…The center of the potential Tropical Storm is forecasted to make landfall sometime between Belize and Mexico border on Monday or Tuesday morning of this week. The forecast is for heavy rainfall over Belize which is likely to cause flash floods.”

The National Emergency Management Organization (NEMO) says it will continue, in collaboration with the National Meteorological Service, to monitor the system and issue official advisories as necessary.